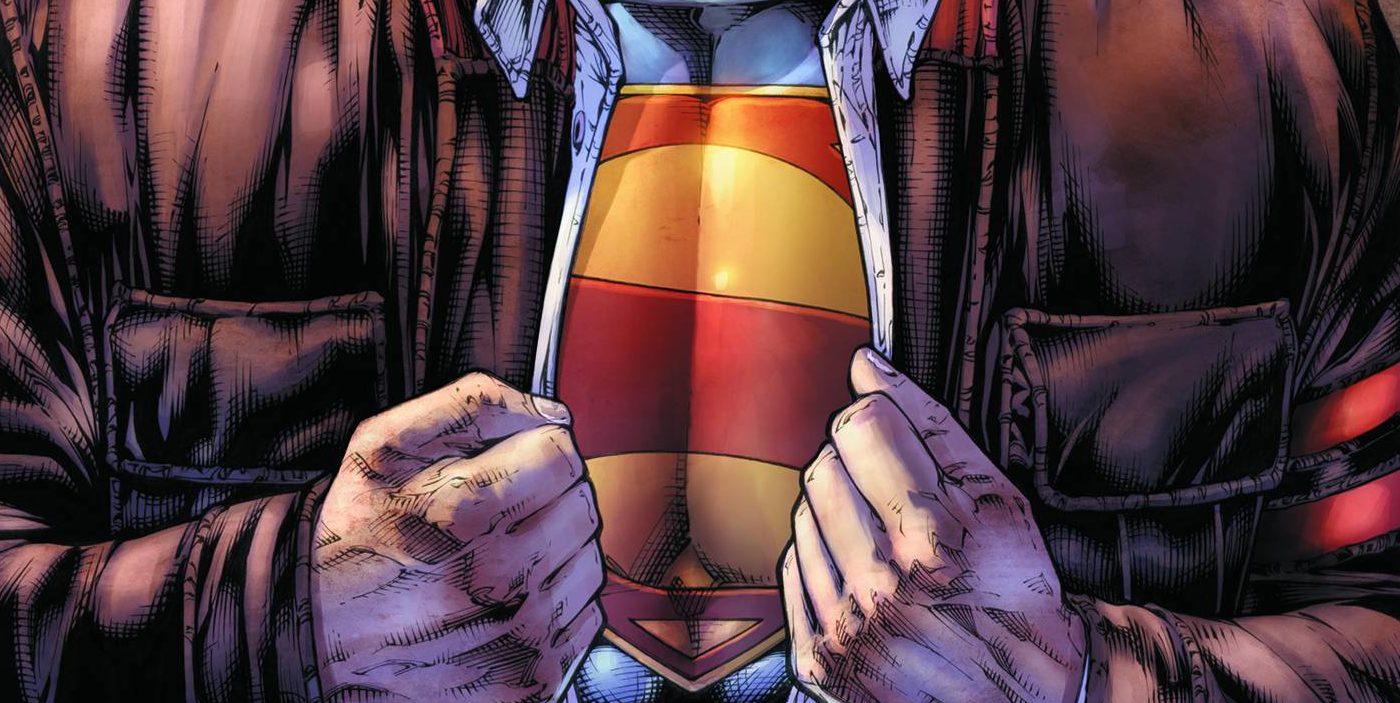 Superman’s origin is probably one of the most well known stories in the world. Ask anybody of any age range, “Who is Superman?” And it’s a good bet that most, if not all, will give you the very basic summary of his origin. When you think about Superman’s comic book history, his origin story has been told and retold, time and again. From the golden age, the silver age, pre-crisis, post-crisis, Birthright, and recently Secret Origins. That’s just counting comic books! With the live action series Krypton, set to tell an unknown chapter, I thought it’d be fun to look back at some of these different origins. Superman: Earth One is another addition to the ever expanding library of origin stories. However, unlike its predecessors, Superman: Earth One is not in a continuity storyline with the current comic books. It is a separate entity. It is a fresh start for the character devoid of an 80 year history, and operates under the principle of Superman appearing for the first time in the modern world.

“What would happen if the origin of The Man of Tomorrow were introduced today for the very first time? Return to Smallville and experience the journey of Earth’s favourite adopted son as he grows from boy to Superman like you’ve never seen before!” DC Comics’ description of the book is a very generic and typical description of an origin story. Generic and typical are two words that thankfully, do not describe Superman: Earth One. The story immediately pulls the reader in because it goes against the grain, and opens with a twenty year old Clark Kent on a train ride from Smallville to Metropolis. Most Superman origin stories flow like a 3 act play, in the sense that they start on Krypton, move to Smallville, and then have a big finale in Metropolis. Superman: Earth One is firmly placed in Metropolis, with only brief snippets of the story taking place on Krypton and in Smallville. It is also noteworthy that the Krypton/Smallville moments are told in flashbacks that only consume 19 pages of a 136 page graphic novel. These moments were brief but powerful and poignant.

While the writer of the book didn’t reinvent the wheel, when it comes to Superman, he did imbue the material with, in my opinion, positive differences. One that intrigued me the most was the perspective of Clark, Jonathan, and Martha, in terms of Clark’s powers and how he should handle them. In mostly every incarnation of Superman that I have read or seen, Jonathan and Martha encourage Clark to be discreet with his powers, so as not to be discovered, while Clark objects and wants to be able to use his powers to better help others. Here the scenario is flipped, with Clark wanting to use his powers discreetly while helping others in order to maintain some semblance of a normal life. His parents on the other hand, want him to reveal himself to the world and be a full on superhero.

Another slight alteration to the mythos, involves Clark Kent’s civilian job. In other editions of this classic tale, Clark Kent and journalism were automatically synonymous with each other, almost a foregone conclusion. Here, Clark Kent weighs his options. He tries his hand at professional sports and science, before ultimately deciding on the Daily Planet. He considered the more financially lucrative jobs, not for his own personal gain or fame, but rather so his widowed mother would be set for life. I like including this on two fronts. On the one hand, while updating the legend, the creative team maintains the characters traditional farm boy values. Secondly. the fact that Clark struggles with the decision of unveiling himself to the world, and decides upon journalism adds character development. In Superman: Earth One, Clark Kent chooses to be Superman. I’m not saying that he doesn’t in other versions, but the writing had become so predictable that the decision to become Superman was fait accompli from the outset of the story. This is another reason I love Man of Steel so much.

Speaking of Superman, his debut is nothing short of spectacular. He doesn’t save Lois Lane from a helicopter, or a falling commercial airliner. Instead, he tops previous origin “first saves” by saving the world, from an alien invasion. Again, much like Man of Steel. No it’s not a fake alien invasion orchestrated by Lex Luthor a la Birthright. In fact, Luthor doesn’t even appear in Earth One. This is a full scale alien invasion, from someone with ties to Krypton. Don’t fret fellow comic book fans, this is not a General Zod re-do. This villain is named Tyrell and is from the planet Dheron, which shared the same star as Krypton, and was the fourth planet from the red sun.  Dheron was slightly less technologically advanced then Krypton. Both planets were at war with each other, in an attempt to prevent the others advances in star travel. Tyrell reveals that Krypton’s destruction was a plot orchestrated in conjunction with a mysterious party yet to be revealed. In effect, Krypton’s destruction was a terrorist plot. After discovering that a Kryptonian had been sent off planet, Tyrell was sent searching to find and kill the sole survivor. In effect, Tyrell is a super powered mercenary. These plot points make Krypton’s destruction more plausible and relevant to today’s audience, while keeping the core nature of its destruction the same. It also gives the villain a genuine reason to want to kill Superman, other than the classic yet clichéd comic book excuse of “he’s the villain and that’s what villains do”. Tyrell and Superman are almost an equal match, which forces the Man of Steel to use brains and brawn, making Tyrell a worthy opponent.

The art in this book is in a word, impeccable. I’ve seen Shane Davis’ work before, but he elevated his game for Superman: Earth One. Art melding cohesively with writing is what differentiates a good story from a great story. I haven’t seen such a perfect match of words and art since Kingdom Come. Smallville was picturesque and beautiful, while Metropolis was a realistic city of the modern world, with touches of grandeur. The character designs were flawless. Davis’ designs for Clark Kent and Superman seemed like they were inspired by other media. When looking at Clark Kent in his pre-Daily Planet depiction, reminds me of Tom Welling on Smallville, while Daily Planet Clark Kent evokes Brandon Routh in Superman Returns. Superman is a modern looking yet classic Superman, minus all the hair gel. The costume looks updated, yet remains traditional, complete with trunks. The third act fight between Tyrell and Superman looks like a mix of cinematography from Top Gun, Armageddon, and Independence Day. Two scenes that really left me speechless, were Clark as he watches the sunrise from Jonathan’s grave, and Superman’s first appearance as he hovers in mid – air. Shane Davis is wonderful at his craft, and his work transports you into the world of Superman: Earth One.

Previous post Revenger Submission: ‘Like His Take On Superman, Hopes Lives On, With or Without A SNYDER CUT’