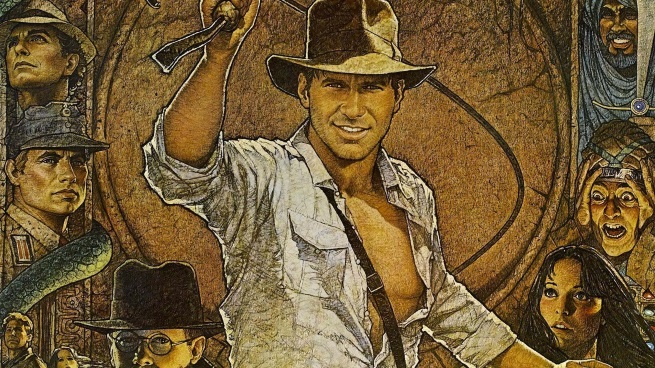 While all eyes are currently on the impending arrival of Steven Spielberg’s latest, Ready Player One, the director has just confirmed that he’s officially going to be dusting off his classic Indiana Jones franchise very soon.

It’s been known for quite a while that Spielberg and series star Harrison Ford are intending to make an Indiana Jones 5, and now- thanks to some remarks the director made over the weekend- we know when and where the production will be taking place.

At the Empire Awards last night, Spielberg said the following about Indiana Jones 5:

“It’s always worth the trip when I get to work with this deep bench of talent coming out of the UK. The actors, and the crew, the chippies, the sparks, the drivers – everybody who has helped me make my movies here, and will continue helping me make my movies here when I come back in April 2019 to make the fifth Indiana Jones movie right here.”

The order of Spielberg’s next projects has been somewhat unclear, since he’s also planning on directing a remake of the beloved musical West Side Story. While previous reports have stated that the fifth Indiana Jones could be his next, the fact that he doesn’t plan to film it until over a year from now- combined with the fact that he began casting for West Side Story earlier this year– could mean that he could tackle the musical later this year and still have time to prep for Indy 5.

Spielberg does have a tireless work ethic, after all. The man shot The Post, starring Tom Hanks and Meryl Streep- a film that got nominated for Best Picture at this year’s Academy Awards- while he was still in post-production for Ready Player One, which comes out on March 29.

We honestly don’t know where the 71 year-old legend finds the time and the energy to do as much as he does, but you’ll never hear us complain about his tireless work ethic.