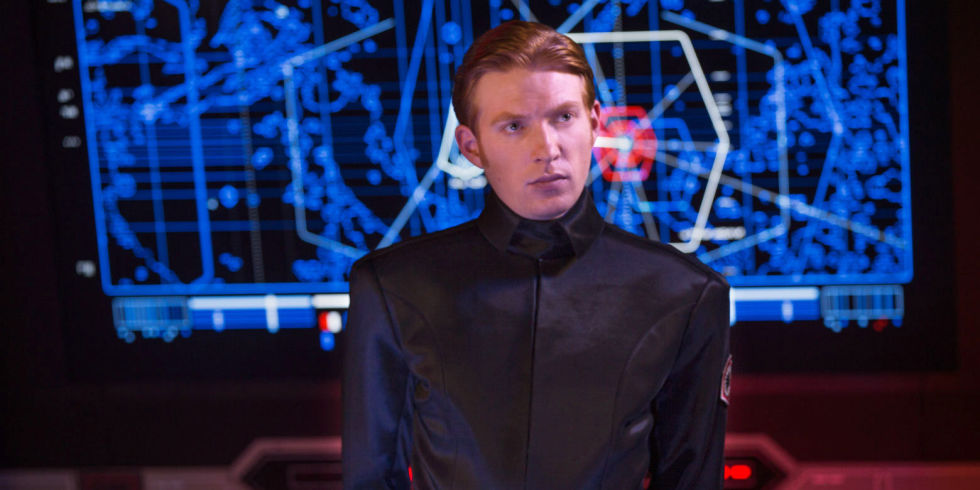 We all know that Star Wars: Episode IX is coming next year. What we don’t know is which of the supporting characters are returning. It is up in the air as to whether people like General Hux will return.

Not even Domhnall Gleeson, who portrays the ambitious First Order member, knows if the character will return. But he told The Radio Times that he was surprised at what the character evolved into in Star Wars: The Last Jedi:

“I wasn’t expecting [Hux’s comedy] to be the way it went in VIII, at all. It really surprised me. And I’d say rather than played for laughs, it was written for laughs. We did it with an eye on the comic elements of it.

If Hux does show up Star Wars: Episode IX though, Gleeson knows what he wants from the character:

“I have no idea what direction he’ll take it in, or even if he’ll use me. So I’m hoping that if I’m in the next one, I’ll get to do [some more comedy].”

Gleeson seems to prefer Rian Johnson’s take on the character, which falls in line with the bumbling cronies of the Empire from the Original Trilogy, rather than the J.J. Abrams’ Nazi Leader version. With Abrams returning to finish what he started, who knows what kind of Hux we will see.

Hux was certainly an easier pill to swallow in The Last Jedi than he was in The Force Awakens. But it was also a major departure from what we had seen of him before. A nice balance between the two versions would be perfect for Episode IX. Abrams is a smart filmmaker, and if there is one thing he is better at than anyone, it is honoring the past. The past now includes Johnson’s contributions, and I’m sure Abrams will incorporate them into his trilogy-ending episode.

Would you like to see more of Armitage Hux in Episode IX? If so which “version” do you prefer?

Next post Directors…Assemble! The Russos had Input from Other MCU Directors on AVENGERS: INFINITY WAR