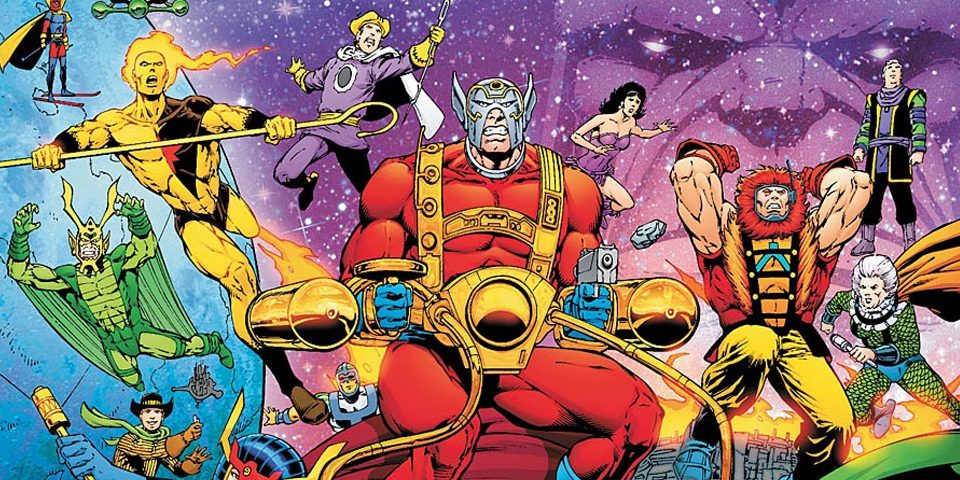 Yesterday it was announced that Ava DuVernay would be directing a film based on Jack Kirby’s New Gods for DC. DuVernay is mostly known for her hard-hitting documentary 13th and the Martin Luther King Jr. historical drama Selma. Her film, A Wrinkle In Time, is currently in theaters.

I’m very mixed on this news, leaning towards the negative side. The news broke literally as I was stepping out of the theater, having been thoroughly underwhelmed by Wrinkle. So I was, perhaps, not in the right mindset to hear this. Still, something doesn’t feel right here. I’ll go into greater detail on my feelings about this news when I record today’s episode of the El Fanboy Podcast in a few.

For now, let’s answer what’s likely the most burning question most of you have: Who are the New Gods?

If you’re like me, you don’t know a ton about them. So I went to my bookshelf, pulled out my signed copy of DC Comics: The Ultimate Character Guide and found a brief description for the group. Allow me to transcribe the official breakdown for you:

Centuries ago, a mysterious force called the Godwave split apart the cosmos, dividing the Old Gods’ world into two new planets. Apokolips became the home of the tyrannical Darkseid and his evil minions, and on New Genesis dwelt the New Gods.

Some of the New Gods are kind, and have assisted the heroes of Earth in numerous battles over the years.

Could I have gone to some Wiki page and copy and pasted that for you? Sure. But I think you deserve some actual legwork. No cut corners here!

It’s interesting that the official DC Comics guide doesn’t mention Justice League villain Steppenwolf as a member of the team, considering he’s described elsewhere as a member, and we know he’s Darkseid’s uncle who was- once upon a time- going to plant the seeds for his nephew to come attack the earth in Zack Snyder’s Justice League 2. It also doesn’t mention Darkseid himself, or Highfather. But hey, the book doesn’t include them on the roster, so neither will I.

DuVernay somewhat planted the seeds for this deal several months ago, when she mentioned that Big Barda is a favorite hero of hers. And, with yesterday’s announcement, she took to twitter to honor New Gods creator, the late great Jack Kirby:

“Our dreams make us large.”

Something notable here is that Deadline and Variety have contradicting reports as to whether or not this film is part of the DCU or not. Deadline says “there is no connection,” while Variety says it’s “part of the DC extended universe.” I suppose we’ll have to see how that shakes out.

How do you feel about this news? I’ve got lots of opinions about it. Shocking, I know. So I’d better go flip on my mic and start recording El Fanboy!

2 thoughts on “DuVernay To Direct A NEW GODS Movie For DC Amidst Conflicting Reports, And Who Are They?”