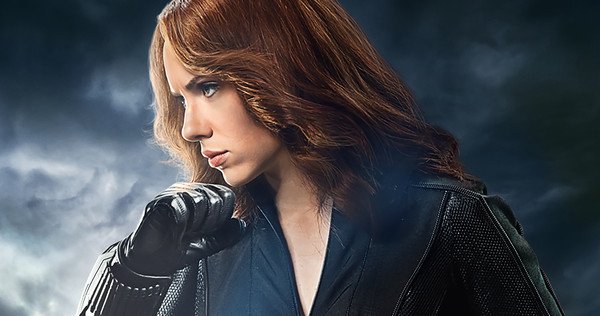 One of the more interesting aspects about the Marvel Cinematic Universe has been the evolution of Scarlett Johansson’s Black Widow.

Since she was introduced in Iron Man 2 way back in 2010, we’ve seen Natasha Romanova go from a by-the-books agent with no emotional ties to a team player that had developed feelings for a certain team member with anger issues.

According to Johansson, Black Widow will be too busy in Avengers: Infinity War to worry about such things, like her romantic relationship with Bruce Banner, as she will be all business.

Well, it’s been a long period of time and, again, I think Natasha’s not necessarily the kind of… I think she’s not a particularly sentimental person. And I think she understands that it’s been a period of time and they’ve both had their own experiences separate of one another and always have like a shared experience with one another but, again, a lot of time has passed and I think they both kind of made a sort of heroic decision the last time that they saw one another that they were that they were going to sacrifice their own personal desire for the greater good and that’s how they could move on.

As we’ve seen in footage of Infinity War, Black Widow will still be working closely with Chris Evans’ Captain America. Since the events of Captain America: Civil War, Rogers and Romanova have been working underground but don’t expect their relationship to be anything other than professional.

Between the events of Civil War and now, Steve and Natasha have been together. That’s how we imagine it. And they’ve kind of been…they’ve been, sort of, flying under the radar but still taking care of business in the way that they know how to do and I think when we find them in this film…as it was explained to us by Joe and Anthony [Russo], they’re just a well-oiled machine. They, sort of, have a seamless communication between them. But they’re more hardened, I think. I think when you are working underground for such a long time and you don’t, not that they need to have any sort of back padding or recognition exactly, but I think that when you’re fighting for something that you know is important but is not being really recognized or supported by a larger organization, or even society as a whole, I think that takes a sort of toll on you. I think you get feelings about it anyway so it’s kind of where we find them.

With the world at stake, it makes sense for the filmmakers not to dwell too much on personal relationships, like we saw with Natasha and Bruce in Avengers: Age of Ultron. As one of many people who thought the Natasha/Bruce dynamic was one of the worst things about the film, I’m happy they’re not going to dive too much into it, at least in this film.

Avengers: Infinity War will be in theaters on April 27.

Next post GOTHAM’s Camren Bicondova Talks Catwoman With Us, Says She’d Be All In For GOTHAM CITY SIRENS