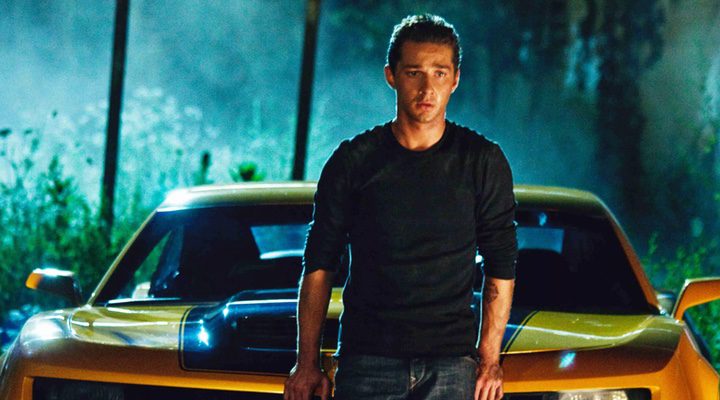 Much has been said about the Transformers film franchise since its inception in 2007.

While the Michael Bay-directed films have made a lot of cash for Paramount, audiences and critics have been sharply divided on the films from the very beginning. Now, actor Shia LeBeouf has spoken out against the blockbuster franchise.

Speaking with Esquire, LaBeouf doesn’t hold back in how he feels about the franchise.

My hang-up with those films was that they felt irrelevant. They felt dated as f*ck… You come up on these stories about Easy Rider and Raging Bull and De Niro and Scorsese and Hopper, and you find value in what they do. Meanwhile, you’re chasing energon crystals. It’s very hard to keep doing what you’re doing when you feel like it’s the antithesis of your purpose on this planet.

LaBeouf played Sam Witwicky in three of the five Transformer movies – the last being 2011’s Transformers: Dark of the Moon. While he also says that he’s grateful to director Michael Bay and producer Steven Spielberg, LaBeouf crapping on the Transformer films isn’t the first time he’s lashed out against the directors. After the release of Indiana Jones and the Kingdom of the Crystal Skull, Labeouf – who played Mutt Williams in the film – called out Spielberg.

You get there, and you realize you’re not meeting the Spielberg you dream of. You’re meeting a different Spielberg, who is in a different stage in his career. He’s less a director than he is a f–king company.

The Transformer films aren’t known for being high art, but LaBeouf continuing to go after the two directors that gave him a pretty good gig in Hollywood is strange. Sure, actors have expressed regret in doing films in the past, but Shia’s attitude continues to be a mystery for many. Hopefully, he gets it together soon, as he’s a pretty talented actor and still has a lot more in the tank.

One thought on “Shia LaBeouf Joins The Rest Of Us, Calls TRANSFORMERS Movies ‘Irrelevant’!”

Next post Netflix Picks Up Key & Peele-Starred WENDELL AND WILD