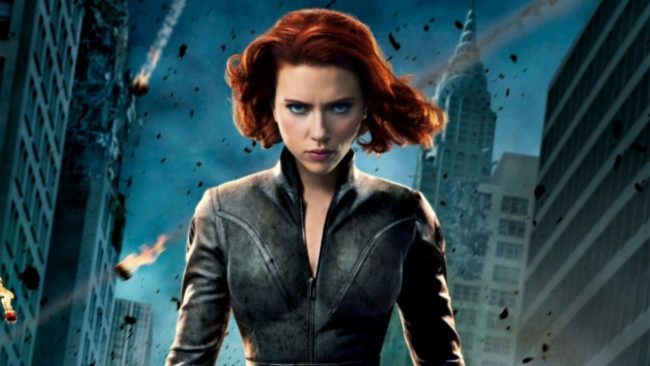 For many fans, a Black Widow solo film has been a long time coming.

During Entertainment Tonight’s set visit for the upcoming Avengers: Infinity War, actress Scarlett Johansson was asked if she was interested in doing a Black Widow film and what she would like to see in it.

I think that there is a…(laughs) it’s such a loaded question. Yes, I would want to in the right context and for the film to fit where I’m at, where I am in my life. I mean I’ve played this character for a long time. It’s been probably like 8 years or more, and so much has happened in my life, my life as a performer and happened in my life personally.”

I love playing this character, and I think there is definitely an opportunity to explore the Widow as a woman who has kind of come into her own and is making independent and active choices for herself probably for once in her life. You know she hasn’t always had that possibility so if it fit that criteria then yes I would want to do it.

Infinity War co-director Joe Russo also chimed in on the potential of a Black Widow solo film, saying that the character has plenty of material to make an interesting film.

Yeah, we’re very happy for that. I mean it’s such a rich and interesting character. There’s so much to explore with a character whose history was as a villain, and you know, Scarlett does such a good job of playing that character and people are so used to that character that you forget the character’s history, and so there’s a lot of compelling stories to tell about someone who has a dark past.

The Black Widow character has been around in the Marvel Cinematic Universe since her debut in Iron Man 2 back in 2010 and has since become a staple in the franchise. Fans have been clamoring for a solo film for a while, but Marvel hadn’t budged on the project.

With the climate in Hollywood changing in recent years and seeing the success of female-led films like Wonder Woman, it seems like Marvel may be finally ready to give Natasha Romanova her own film. Fans won’t have to wait long to see Marvel’s first female-led superhero film, as the studio is set to release the Brie Larson-led Captain Marvel in 2019.

Avengers: Infinity War will be released on April 27.

Next post Shia LaBeouf Joins The Rest Of Us, Calls TRANSFORMERS Movies ‘Irrelevant’!