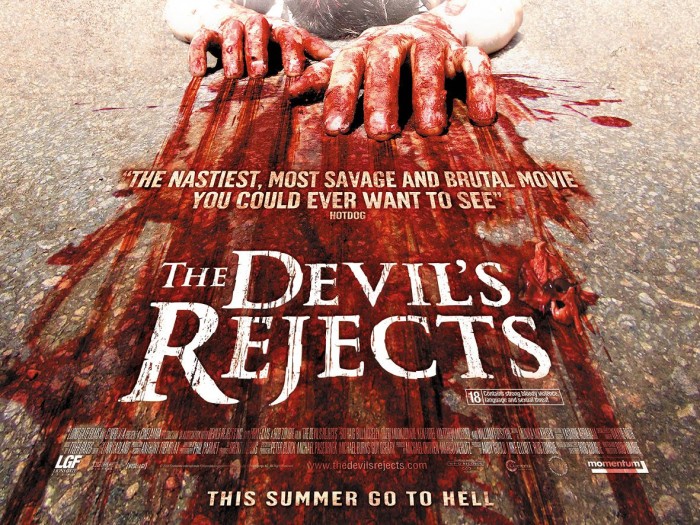 There was a collective gasp of excitement when Director Rob Zombie posted his latest Instagram photo. Horror fans around the world can now, officially, be excited because Zombie has announced that filming for 3 From Hell is under way. On his Instagram post, Zombie says “It’s all true! Day One shooting Three From Hell! The murder and madness continues.”

For those familiar with the Firefly Family, this trilogy of films began with Zombie’s “ode to old school horror“, House of 1000 Corpses where horror fans were introduced to the Firefly family along with a new baddie in Dr. Satan. With a $7M dollar budget to work with, he made quite the artistic and blood filled project that we thought he would. While this one was loved by some, hated by others, and left others more confused than scared; the movie raked in $16.9M in the box office and Lionsgate ordered another film from Zombie. He had a vague idea for his next film, but with the Lionsgate request, he got his creative juices flowing and brought us the sequel, The Devil’s Rejects. This film begins with the capture of the Firefly family and sets it’s three main protagonists (Captain Spaulding played by Sid Haig, Baby played by Sheri Moon Zombie and Otis played by Bill Moseley) on the run from a Sheriff who isn’t just looking to put them behind bars, but six feet under. The movie ends with a our villainous three going out in a blaze of glory set to Lynard Skynard’s “Free Bird”. Definitely one of the best scenes in the film as the song plays to its entirety. With Spaulding, Baby and Otis seemingly to have been killed, I am not sure how 3 From Hell will pick up, but it seems Haig, Moon Zombie and Moseley are attached to the project.

Will Zombie make a zombie film? Could the Firefly three have somehow survived that last gun battle at the end of The Devil’s Rejects? Tell me what you think! Sound off in the comments below!

0
In3 From Hell, Rob Zombie, The Devils Rejects