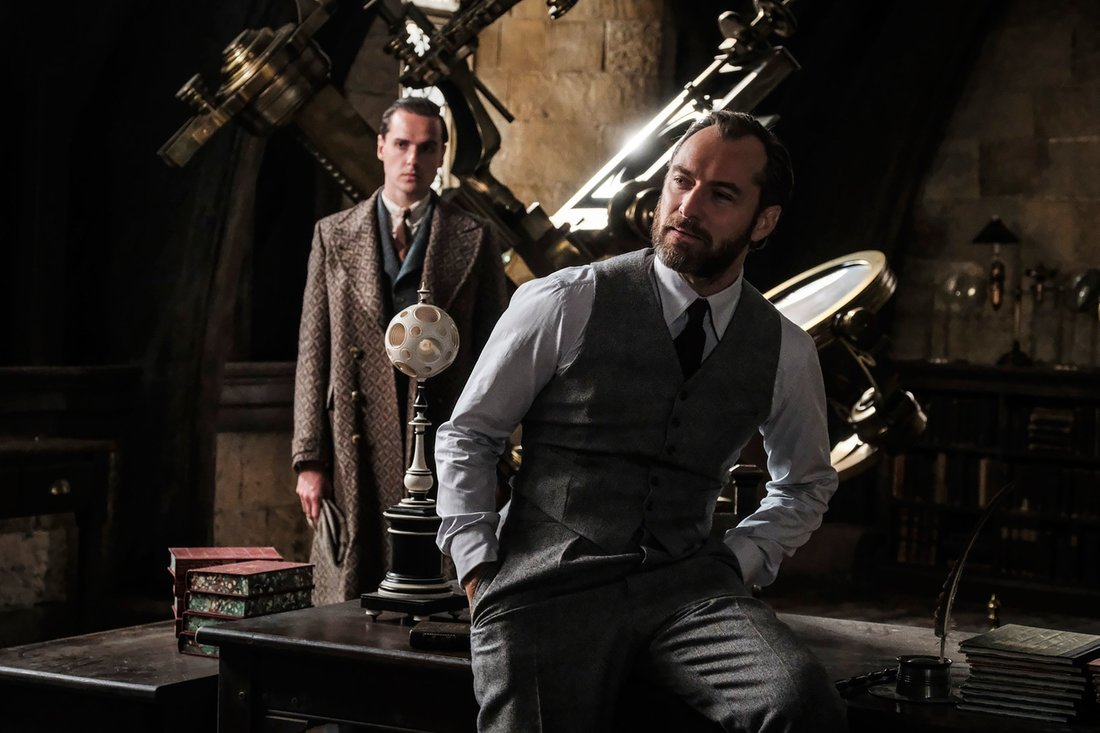 Yesterday, the trailer for Fantastic Beasts: The Crimes of Grindelwald dropped. The sequel will focus on Grindelwald’s battle with Dumbledore, and the continuing adventures of Newt Scamander who we were introduced to in Fantastic Beasts and Where to Find Them.

There has also been a slightly different IMAX trailer for the film released which you can watch below.

There are a few questions that both trailers leave the audience, like why is Dumbledore in a Muggle suit at Hogwarts? How did Kowalski get his memory restored? How do “Fantastic Beasts” come into play here?

I guess we will find out in November when the sequel hits theaters. For now though, we can enjoy the trailer and the new poster:

Not a beast to be found there… and you can barely see the words “Fantastic Beasts” in the title either. I wonder if this will eventually go the way of Edge of Tomorrow which rebranded itself as Live. Die. Repeat. There are going to be 5 of these total. They should have just branded them The Wizarding World which they now have a logo for apparently. But it seems all of the sequels will have “Fantastic Beasts” somewhere in the title, which might be detrimental to the story if they have to force it to fit that construct.

One thought on “Check Out The Alternate Trailer And New Poster For FANTASTIC BEASTS: THE CRIMES OF GRINDELWALD!”

Previous post A Music-Only Version of STAR WARS: THE LAST JEDI Is Available