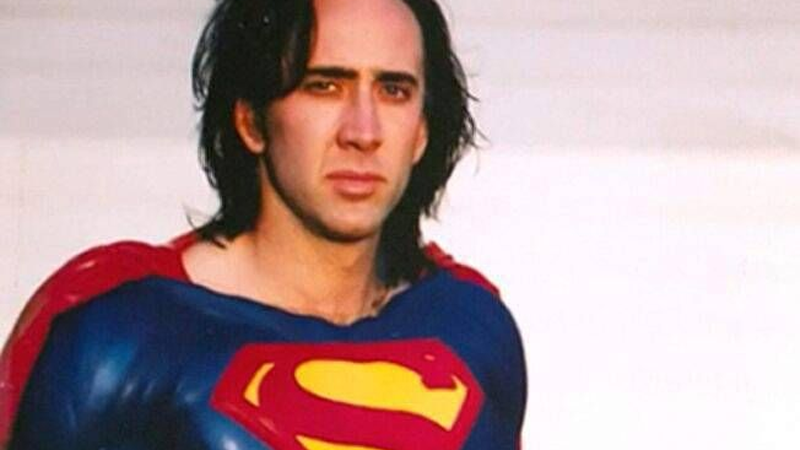 According to USA Today, actor Nicolas Cage has been cast as Superman in the upcoming animated flick Teen Titans GO! to the Movies. Singer/songwriter Halsey has also been attached to play Wonder Woman, while rapper Lil Yachty will play Green Lantern.

Based on the Cartoon Network series, the film follows the Titans as they make their way to Hollywood to try to get their own superhero film off the ground. Executive producer Sam Register said he was happy with the cast they’ve assembled to play the DC icons.

Every superhero in the DC Universe has an impact on the fans, so we felt a great responsibility to find a voice for each character that would not only suit the role, but the playful tone of the Titans, and we’re thrilled with our cameo cast.

While we may not see much of the League members in this film, it’s intriguing to see Cage cast as Superman. At one point, Cage was attached to star as the Man of Steel in Tim Burton’s Superman Lives, but the project never got off the ground. Cage is also a life-long Superman fan – even naming his son “Kal-El”.

Debuting in 2013, Teen Titans GO! has since become a massive hit for Cartoon Network, despite some older fans not being thrilled with its portrayal of the titular heroes. While it does aim for younger audiences, it’s still cool to see the filmmakers tip their hat to the past and give Cage a shot at playing the Last Son of Krypton, even if it’s in animated form.

Teen Titans GO! to the Movies is set to land in theaters on July 27.

What do you think of Cage getting his chance to play Superman? Let me know in the comments!