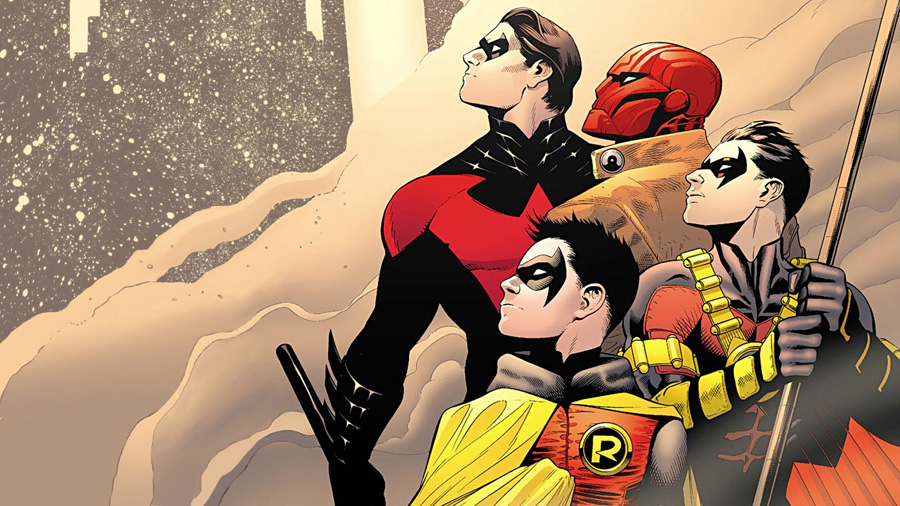 Titans is a new live-action show coming to DC’s streaming app. It will follow the team known as the Teen Titans as they go on adventures. Their leader is Dick Grayson, the original Robin, who will be played by Brendan Thwaites. He will still have the Robin moniker, instead of Nightwing, in the show, as seen below.

But new information suggests he might not be the only one showing up. When Dick Grayson left Batman and became Nightwing, Batman got a second Robin, named Jason Todd. Jason Todd was tortured and killed by the Joker, fueling Batman’s guilt, only to later be resurrected as the villain Red Hood.

TitansTV has a list of episode titles, and episode 7 is titled: “Jason Todd.” So it is entirely possible that he appears. On the other hand, the Titans could just be dealing with fallout from whatever Batman is doing in Gotham at the moment.

It is nice that they are tapping deep into the Batman well for this show. It would be great if they could show a live-action Batman on TV every now and then. Bruce Wayne has been referenced in Arrow and Gotham doesn’t count.

If they are getting to Todd now, if this show continues after one year, then they could potentially get to Tim Drake, or even Damien Wayne. I assume that Grayson’s Robin will evolve into Nightwing at some point during the show, but we are going to see the journey of how he earns that.

Of course, the title could just be a huge wink to the fans, and not mean anything at all. It could simply just be an alias used by one of the team, and not have anything to do with the character. It could also be a “prequel” of sorts. It could be a young Jason Todd, that the Titans run into before Batman even meets him. They can play with canon and history in these shows, so anything is possible.

We’ll find out when DC’s Titans drops on DC’s Streaming App in the future.

Previous post Mark Hamill on Skywalker in THE LAST JEDI: ‘It Wasn’t a Luke I Understood’

Next post DCU v DCAU: Why DC’s Animated Films Should Be The Blueprint- Part 2: ‘SUICIDE SQUAD’