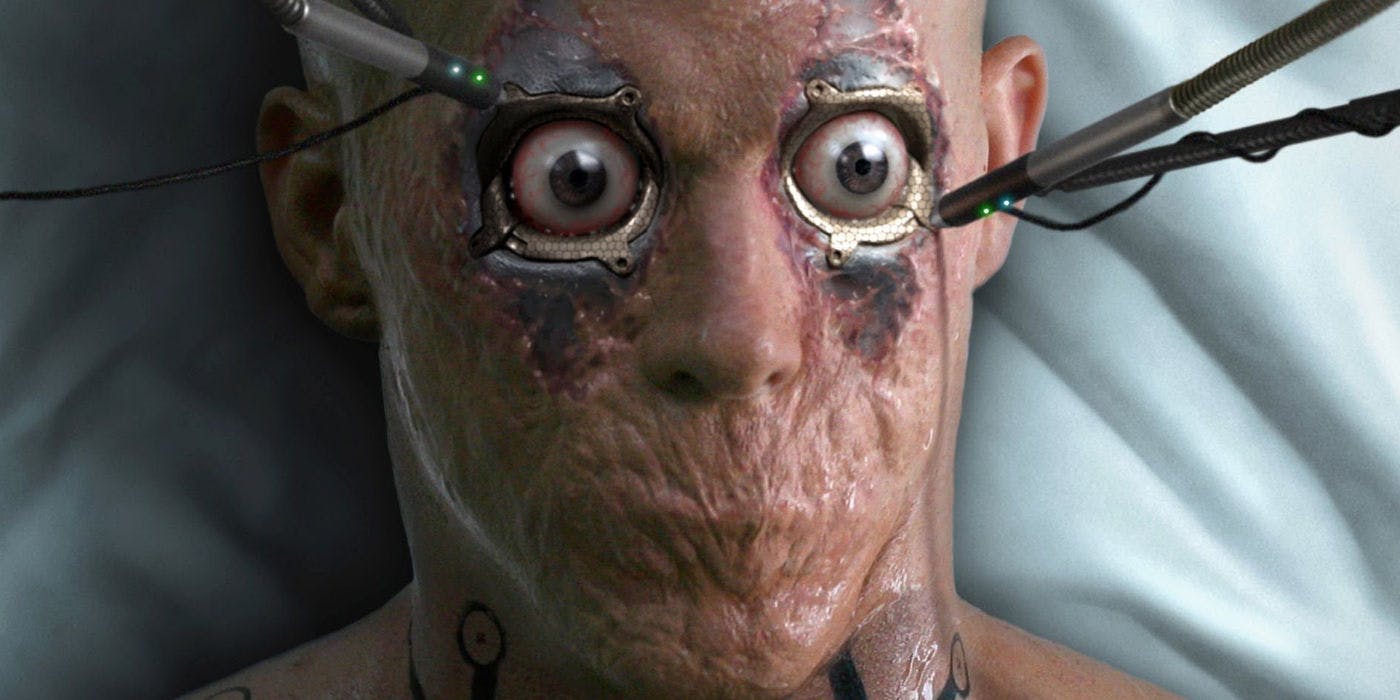 Over the course of the last few days, a small storm has begun to brew over over Deadpool 2. Amidst reports that the film got a very harsh reception during a test screening last week, everyone started running around creating clickbait about reshoots and doom and gloom, and so I went and did some digging.

I can now confirm that I know the main reason that audiences are rejecting some of what Ryan Reynolds, Rhett Rheese, Paul Wernick, and Drew Goddard created.

But don’t worry, I won’t spoil it. In fact, I don’t even think they should change it. And, despite some laughably misleading headlines going around, I think Fox is going to stick to its guns…and I love that.

Without giving anything away, there is one, key bold decision (Underline: Bold), that is ruffling some feathers.

But here’s why I think Fox should leave it alone and, judging by the post-production timeline I’m seeing, I think they are:

Reactionary changes, motivated by fear, and applied hastily, can lead to extremely mixed results. Just ask Warner Bros, Zack Snyder, Joss Whedon, and the rest of the people involved with Justice League about that.

If this decision is what Reynolds and the rest of the creative team wanted to do, then let them do it. If this is what excited them and opened up storytelling possibilities that made them creatively come alive, then let’s go down this path with them. Will it be polarizing? Sure. Will it get some backlash? Undoubtedly. But will it be an unpredictably original decision that shows audiences that you can’t sleep on these Deadpool movies and expect them to just recycle a winning formula? You bet!

But while we’re talking reshoots, let’s take aim at the way some of you have been hoodwinked by misleading headlines:

There are sites out there talking about Deadpool 2 reshoots as if they’re actively happening, and lumping that “news” in with these murmurs of poor test screenings.

They’re toying with you and creating a false narrative.

Why do I say that? Because the bulk of it centers on a single remark by Josh Brolin, who plays Cable in the film, and it’s a remark that was made a while ago.

You see, whenever a big magazine like Entertainment Weekly or Empire publishes an interview, or a preview feature, you have to understand that they didn’t conduct the interview that same day. On Friday, March 9, EW posted an interview with Brolin, and it’s one that more than likely was conducted a couple of weeks ago. Why? Because he references being in Vancouver for reshoots, and that falls in line with what Production Weekly said (via YVRShoots) was happening between Feb 20 and Feb 27.

So when Brolin said these, now highly-scrutinized, words…

…it’s important to understand what, exactly, he was talking about, and when he said it.

Here’s the full exchange, which was actually simply the actor implying that they’re working in some MCU digs into Deadpool 2 since he’s also playing Thanos in Avengers: Infinity War:

EW: “You’re playing Cable in Deadpool 2, as well. It’s an interesting coincidence that you’re playing these two Marvel Comics characters. Deadpool is so self-referential, I wondered if they ended up slipping any Thanos jokes into your dialogue.”

BROLIN: “I can’t imagine there’s not going to be any. [Laughs] I’ll put it that way. I’m up here right now in snowy Vancouver doing reshoots for Deadpool. Given that it’s a satire of all superhero movies, especially Marvel movies, how can you not?”

In its proper context, where he’s talking about slipping in Thanos jokes, he casually references that he’s filming some stuff for Deadpool– meaning they’re doing some of that “as we speak,” so to speak. So all he’s really saying is that they’re factoring in some newer references now to keep this superhero satire as timely and as relevant as possible, after all that’s the name of the game when it comes to good satire and parody. Just ask any SNL writer.

So for anyone to take that quote and put it into a context where it looks like “Fox is rushing the team back together for reshoots to address a troubled film” is misleading at best, and downright dishonest at worst.

There’s nothing particularly uncommon about a film doing a week or two of reshoots, pick-ups, and additional photography three months from its opening. And, as of now, all we have is Production Weekly saying they did that on February 20 in Vancouver for a week. At this time, there’s no reason to believe that anything more extensive than that has happened- or is happening.

And, unless they want to end up with some blurry-CG Justice League-esque egg on their faces, Fox should leave it that way.

Either that, or do the right thing and push the film back and incorporate some sweeping changes in a more fundamentally organic way.

The reason I think they should just stick with their polarizing creative decision, mind you, is because Deadpool is the kind of property that can afford to take such risks. He’s not a Holy Grail character like Batman, Spider-Man, or Wonder Woman. He’s an edgy, fourth-wall-breaking, meta “new kid on the block” when compared to other heroes on the current cinematic landscape. He can afford to piss you off, and then win you back in an unexpected way.

Heck, if they really wanted to they could address it in an added post-credit sequence where the Merc With A Mouth muses to the camera that “It’d be nice if somebody fixed this in Deadpool 3.”

Would it be risky? Sure. But everything about Deadpool has been risky and envelope-pushing so far, so why stop now?

And hey, if people hate Deadpool 2 not because of a twist, but because it’s just a far cry from the first movie…I can always say “I Told You So,” right?

As always, meet me down in the Comments Section where we can discuss this further.

2 thoughts on “We Know Why People Are Hating DEADPOOL 2, But Don’t Think They Should Change It”