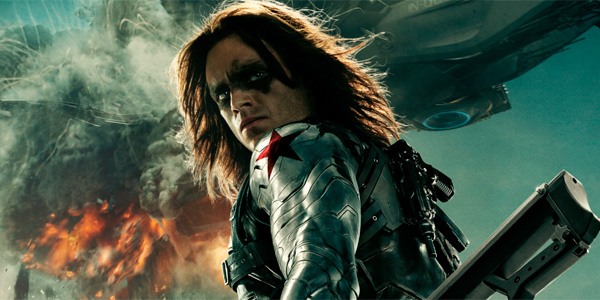 I love this kind of news, especially when it comes on the heels of a previous article I wrote. So as you may remember, yesterday I spoke about a new group shot from Avengers: Infinity War and I focused a bit on our boy, Bucky Barnes. Specifically, I brought up his potentially vibranium arm and when I said “no more winter soldiering for you, bud.” Sorry, but I enjoy quoting myself. In any event, we have news on BOTH fronts.

From what we saw in the after credits scene of Black Panther, with the help of Shuri and Wakandan technology, Bucky has managed to regain his freedom and the assassin brainwashing performed by his original captors is gone. Now that he is no longer the Winter Soldier, he is now known as the White Wolf. In the scene, Bucky is seen recuperating in a remote village somewhere in Wakanda. While we weren’t given the satisfaction of seeing him sport a new arm, we do see him more at peace.

But that arm though, right? It’s what I’ve been most excited to see myself. Without further ado, check out this EW cover.

Bruh… RIGHT?! Look at that thing? I’m not 99% sure that his new arm is vibranium and it… looks… AWESOME. The slightly blue hue with some interlaced gold trim. Hell yes. I approve 1000%. Besides the sick look of his new arm, with a vibranium arm, we know that he is now even more of a formidable opponent. With a new arm (and who knows what Wakandan technology may be in there?) and a repaired noggin’, he is more powerful than ever and ready to take on Thanos and his Black Order.

So what do you think of Bucky’s new arm? The code name? I think it’s a little hokey, but whatever works. Sound off in the comments section below. I want to hear from you!

Next post Revenger Submission: “Here’s How WB Can Have Its Cake And Eat It, Too (With The DCU)”