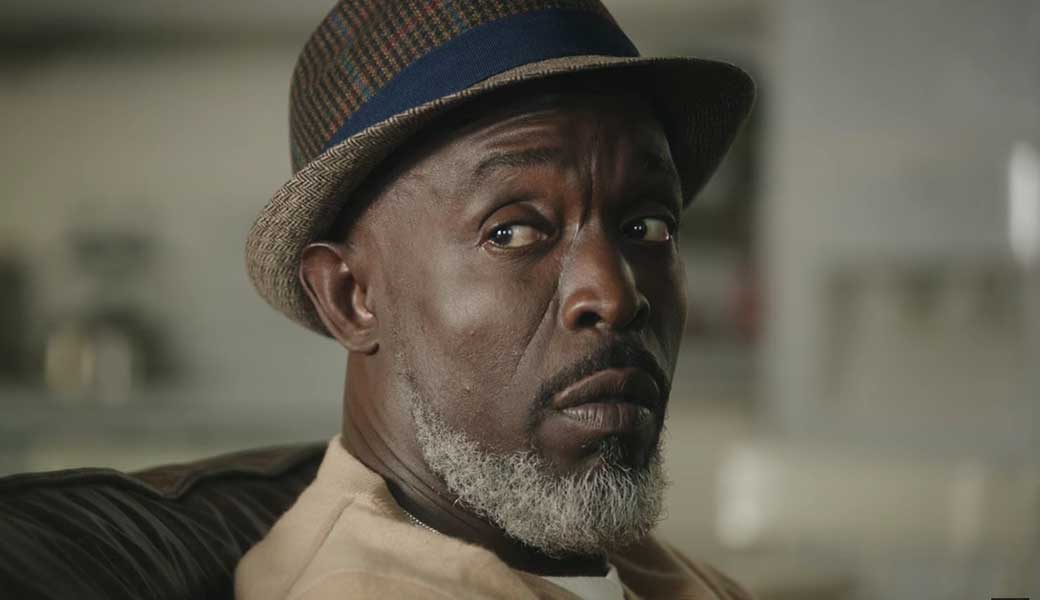 In a world of troubled Star Wars productions, Solo: A Star Wars Story might take the crown. From the directors being replaced to the promotional posters possibly being plagiarized, there have been a lot of problems that Lucasfilm has had to deal with. Those problems then create other problems, and it keeps snowballing from there.

Michael K. Williams was supposed to be in Solo: A Star Wars Story, but had to be recast when Ron Howard took over directing due to scheduling conflicts. While the wonderful Paul Bettany replaced him, to lose an actor of Williams caliber is a hard blow. On the other side of that coin, for any actor to lose the chance to be in a Star Wars movie could be even a bigger disappointment.

When asked about it, the veteran actor responded to the debacle better than any of us would:

“There are some things in life, you just gotta laugh at it,” says Williams. “That was such an odd turn of events. That’s not the norm. As crazy a town as Hollywood is — I like to be the one that says I’ve seen a little bit of everything in this town — that was one for the textbooks. What are the odds of that happening? There comes a point, you just gotta throw your hands up and, you know what, it just wasn’t meant to be.”

That is a really good attitude to have about the whole situation. Williams went on to say he is disappointed the world won’t ever see the work he did with Lord and Miller.

The thought of Williams on the Falcon is one that brings warm feelings to my geeky heart. He’s right, it is very unfortunate that we will never get to see that.

You never know though, maybe he will appear in a different Star Wars movie one day. There certainly isn’t a shortage of them, and it has happened before: Benicio Del Toro was lined up to play Darth Maul in The Phantom Menace in 1999. That didn’t pan out, but then showed up in The Last Jedi as DJ nearly 20 years later. My fingers are crossed that we’ll still see Williams travel to a galaxy far, far away one day.