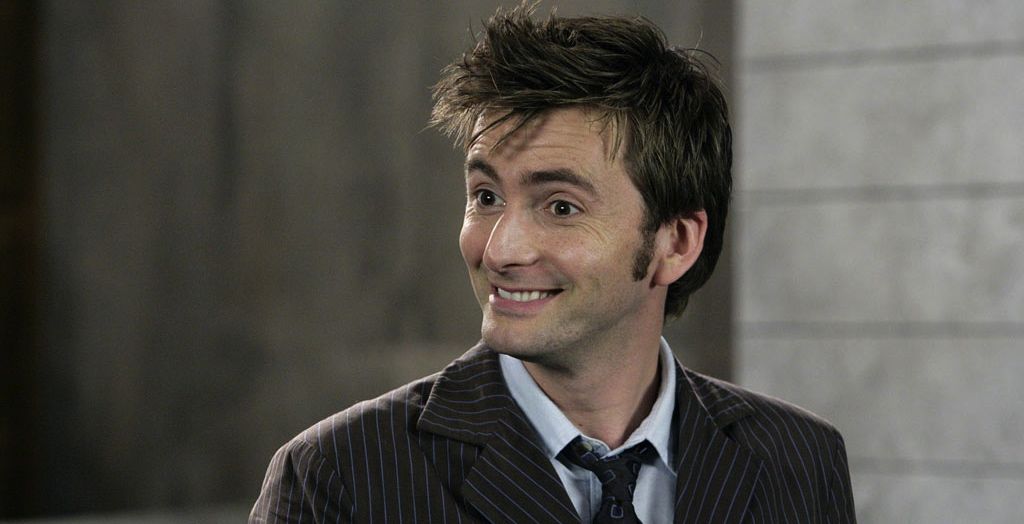 Doctor Who is a show with a rich and complicated history, and is beloved by millions. Talk to anyone who watches the show, and they’ll have their favorite Doctor above the others.

One of the most popular actors to portray the Doctor is David Tennant, who piloted the TARDIS from 2006-2010. He returned to the role for the 50th Anniversary Special The Day of the Doctor in 2013.

No matter what he does, be it Broadchurch, Harry Potter, or Jessica Jones, David Tennant will always be associated with Doctor Who, so naturally questions about it will come up.

At a panel at Wizarding World in Cleveland, Tennant was asked the question all former Doctors are asked: Would you come back to the show for another multi-Doctor episode? His answer was perfect.

“They are exciting those episodes, but I think you have to be careful not to do them too often. They have to be a novelty. The 50th was a great thing to be a part of,” Tennant replied, before asking, “When’s the 60th? Will we still be upright? Maybe then.”

I agree that they have to be special occasions for this to happen. The Doctor is one person, who can cheat by death changing ever cell in his (or her, now) body. That includes appearance, which means another actor can occupy the role. It is why the show has been able to survive (albeit with some breaks) since 1963.

There have been occasions where the Doctor has ran into his former or future self. It is always fun to see, but is best left for special occasions, and huge canon changing event television.

Since the show returned in 2005, there have been 5 Doctors, if you include John Hurt’s one off in The Day of the Doctor. This fall, we will see the another new Doctor when Jodie Whitaker takes the helm as the shows first female incarnation of the Time Lord.

In November of 2023 when Doctor Who turns 60, it would be entirely possible to see Tennant, along with possibly Matt Smith and the just-exited Peter Capaldi, suit up with Jodie Whittaker and whoever the current Doctor is at that time. It is nice that Tennant has as much love for the show as the fans do, and has enough respect to let the show shine the way it should, only wanting the multi-Doctor arcs for special occasions.

I would love to see another team up for the 60th Anniversary, hopefully whoever is in charge at the point will make it happen.

Are you excited for a potential return of the Tenth Doctor? Or would the obvious aging of Tennant, Smith, Capaldi and whoever else they get in 2023 detract from the story?

Previous post Michael K. Williams Handles Being Cut From SOLO Better Than the Rest of Us Would