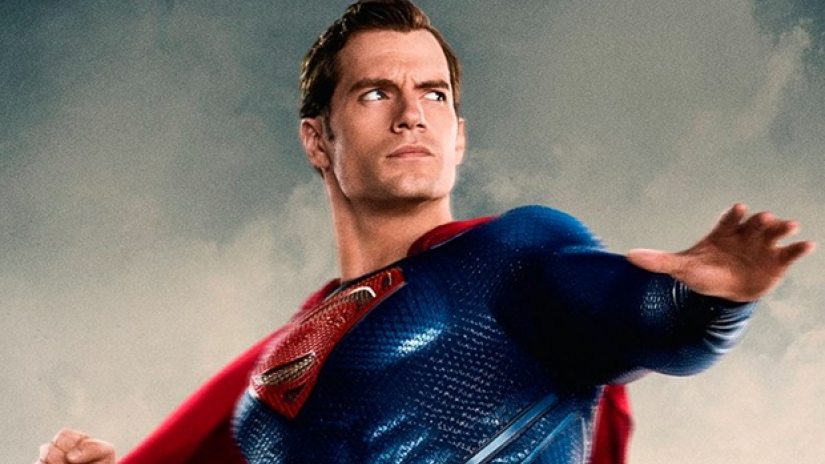 Last night, on the twittuh(!), I dropped a little bit of bochinche on my followers. For those of you unfamiliar with that term- one I know well as a Cuban/Puerto Rican from New York- it refers to gossip; Like the neighborhood gossip/word-on-the-street your savvy neighbors would pass along to you in hushed tones when they saw you. This particular bit of bochinche has to do with the director’s chair for the as-yet-untitled Superman sequel to Man of Steel.

Here’s what I tweeted out, as part of my apology for The Revengers Podcast being delayed this week:

But allow me to make it up to you by dropping some quick #Superman bochinche:

Matthew Vaughn’s still in the running to direct the MOS sequel. https://t.co/qR0Dzd4ZKn

I wasn’t initially planning on covering this on the site, since it doesn’t necessarily mean much. He’s in the running, but it doesn’t sound like he’s alone, so there’s no guarantee he’ll even get the job.

But then, the more I thought about it, the more I realized that there was some news to take away from this, regardless of whether or not he gets the job:

The fact that WB/DC are still mulling over who will direct it bodes extremely well for Superman fans dying for another standalone picture about the Last Son of Krypton.

As I’ve covered quite extensively, Cavill and WB had some serious renegotiating to do. Post-Justice League, Cavill only had one more appearance left on his contract, and the actor- who wants to return- was adamant about renegotiating his deal with the studio. Whispers I’ve heard even included the added insight that his people were requesting that his appearance in the upcoming Shazam! count as the final appearance so that he could renegotiate sooner and make the Untitled Superman Sequel under a fresh deal (with an improved pay grade)- while the studio was hoping to make the sequel under the current deal so they could properly assess Cavill’s value as they negotiate the new deal.

Well, if they’re talking to directors, logic would dictate that they probably worked all of the above out one way or the other.

So that’s exciting. And it also explains why they have yet to make the official announcement about the film, since they likely want to wait until they have a signed deal with a director before they go public with it.

But while we’re mulling all of this over, let’s talk a little about Vaughn, who’s been a constant player in the Direct A Superman Movie Sweepstakes for going on 10 years now. As Mark Millar (Pictured Above) outlined when he appeared on my show, the El Fanboy Podcast, in December, he and Vaughn worked on a pitch idea for a new Superman Trilogy back in 2008.

“He and I are massive Superman fans. I mean, we worship Richard Donner. We love the Christopher Reeve movies,” he told me.  Millar then reiterated that Vaughn was once again holding talks to helm a Superman movie, but this time it’d be a sequel to Zack Snyder’s Man of Steel. “He actually phoned me up a few months ago, and he said,’Hey, listen, DC, they’re very interested in me doing Man of Steel 2. Do you want to come in and do this?’ And I was like, ‘I’m exclusive to Netflix for years. We can’t even have that conversation.’ And he was like, ‘Oh, man. What’s the chances of this?’ And then he kind of drifted away. And he’s attached himself to a couple of things and all that.”

So while he ruled himself out of any involvement in a potential Vaughn Superman Sequel, he also mentions that the situation with Vaughn is still quite fluid. “Y’know so, it’s one of those things that might, I mean- if somebody phones Matthew up and offers him enough money it could all change tomorrow,” he teased.

As for the kind of film they would’ve made had they ever actually made the pitch to WB and had it been approved, here’s how he described the tone they were striving for:

“It was actually a massive, uplifting, hopeful thing. There’s no point doing Superman unless you feel good. You should walk out of ‘Superman’ just feeling like a million dollars. You should feel great after a Superman film. The movie itself was going to be a big, vast fun epic. But ‘Superman’s got to be a laugh, as well.”

It was a really great chat, and he even took the time to describe the plot a little, and how it’d be sweet to turn it into a DC graphic novel one day. If you’d like to hear the full conversation, you can check out Episode #43 of the El Fanboy Podcast here:

The Millar portion of things begins at the 51:20 mark.

Vaughn is a bit of a polarizing figure when it comes to Superman. I’ve seen a fairly even split between fans who would love to see him in the director’s chair, and others who would loathe it. A lot of it seems to come down to his fondness for the Richard Donner/Christopher Reeve movie(s).

My thought on that is pretty straightforward: He’s a professional director, and he knows he wouldn’t be rebooting the story of Superman; He’ll be continuing an existing story that has a very specific history attached to it. So if he lands this job, for a film that’s a sequel to everything we’ve seen so far, I’m fairly positive he would stay true to what’s come before. Therefore I don’t think it’d be a huge departure from what we’ve seen so far in Man of Steel, Batman v Superman, and Justice League– which all told a very specific arc.

Just take a look at what he did with X-Men: First Class– which I would hope is the kind of Vaughn we’d get for this movie, and not the Vaughn who gave us last year’s Kingsman 2– he course-corrected the entire series! He honored what came before, while doing away with what had hurt it. He was making a movie that came after the series had seriously stumbled, with both X-Men 3: The Last Stand and X-Men Origins: Wolverine harming what had been a well-liked franchise.

With First Class, he accomplished a lot by reminding people what they loved about the first two X-Men flicks, while still putting his own fresh spin on things, and he even managed to bring the series closer to its comic book roots in terms of the costumes and mythology. It had heart, action, humor, gravitas, and fun, with just the right balance of each. And, just like that, the X-Men series rose like a (ahem) phoenix from the ashes of the previous two films.

So while I’d personally prefer to see someone like Brad Bird, Christopher McQuarrie, or Alfonso Cuaron tackle a Superman Sequel, I could totally get behind Vaughn if he’s in First Class mode.

But how about you? What do you think of these latest rumblings about the director for the Superman Sequel? Last night on twitter, a ton of you sent me some really great suggestions for who you’d like to see in the director’s chair. Really great stuff. Would love to see that continue in the Comments below!

Previous post STAR WARS: REBELS – Reactions, Thoughts, and What it Brings to the Future

Next post Is LEGION About To Bring Charles Xavier to TV? And Check Out The Trippy New Trailer!