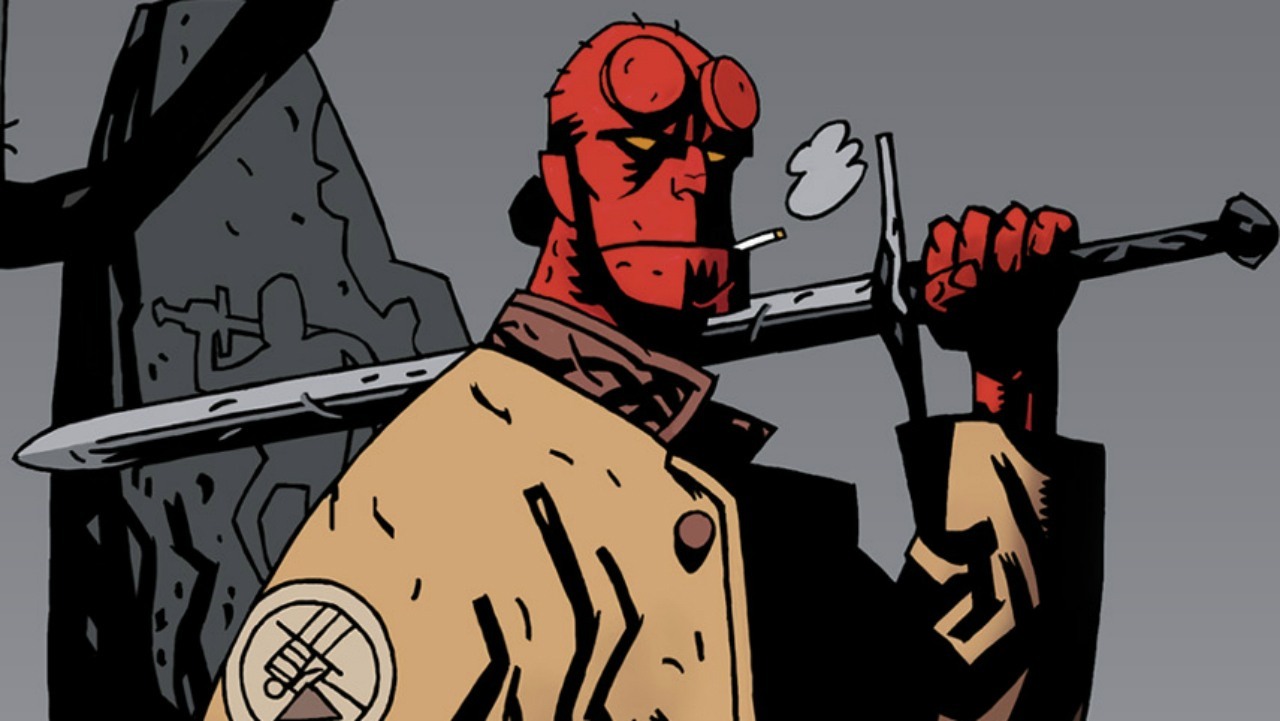 We’ve got some great news for Hellboy fans today, as creator Mike Mignola is vouching for director Neil Marshall’s dedication to faithfully adapting the comics to the screen. Remember, this won’t be the first time Hellboy is adapted, and while Mignola seems to think rather fondly about what Guillermo del Toro did with the property in the mid-00s, what he has to say about this reboot should make your horns prick up.

Here’s what he told Entertainment Weekly about his involvement with the new Hellboy, and how it differs from the way Del Toro utilized him for the previous two films:

“It’s funny, because my involvement has been very different than the Del Toro movies. The difference is I had known Del Toro for six years by the time we did the first movie. Neil I met a couple months before he worked on the movie. It was very different, but I have been involved ever since they said ‘Hey we’re gonna make another Hellboy movie, and we’re gonna do this story.’ I’ve bounced back and forth with them about how to adapt this particular Hellboy story. At various times I’ve jumped in and been much more active in the screenplay than I ever was on the Del Toro movies. But I did nothing so far as design stuff on the movie. Guillermo wanted me as a concept artist, but on this movie, there were other concept artists. I came in and I looked at some stuff, but they were trying to do something so close to what’s on the comics that they really leaned on what had been done by Duncan [Fegredo] and me in the comics.”

This isn’t to say that Del Toro was unfaithful to the books the first time around, though. Fans will recall that the first film, which came out in 2004, was based on the “Seed of Destruction” storyline. It wasn’t until that film’s sequel, Hellboy II: The Golden Army that Del Toro embraced a totally original story.

For Marshall’s film, it sounds like they’ll be mining the Blood Queen arc that played out over the course of a three-part mini-series.

Here, Mignola talks about Marshall’s approach to adapting his and Fegredo’s work:

“The first film was based on one of the comics, but Del Toro was looking to reinvent everything. I think the difference is here, the bulk of the Fegredo arc takes place in the real world. So instead of making up a whole fantasy world, it was, ‘Let’s find locations that feel like these real-world locales that Duncan drew in the comic.’ I think the bulk of the characters in the film are established in the comic. It was insane for me to walk in there and see that someone did a really nice rendering of a creature I created or Duncan created. It’s got a whole different feel from the older movies. Duncan’s not working on it, but I did see stuff in the movie that was so close to what Duncan drew, more so than what was in the previous movies. It was pretty exciting.”

Sounds like a dream come true for anyone who loves the Hellboy books, and I can only imagine what this must have felt like for Mignola.

Hellboy arrives next year, on January 11.

Previous post Is LEGION About To Bring Charles Xavier to TV? And Check Out The Trippy New Trailer!

Next post TOP GUN 2 Finally Gets a Start Date