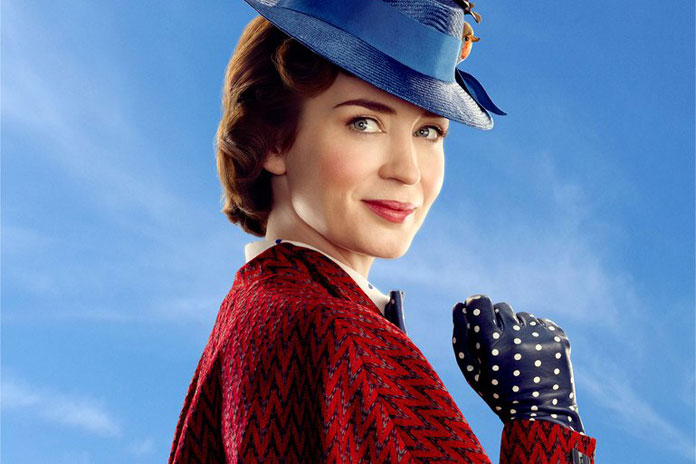 Over the weekend, Disney finally dropped a first-look teaser for Mary Poppins Returns. The sequel to the classic Julie Andrews film will arrive in theaters on Christmas Day, a good 54 years after the release of the original. This time around, Emily Blunt is playing the titular magic nanny, and Lin-Manuel Miranda is soft-shoeing his way into this universe as the lovable chimney sweep, Jack.

You’ll find the first official teaser for Mary Poppins Returns at the top of this post. But that’s not all, folks, as the Mouse House also unveiled a new poster for the film:

What do you think? Will you be checking out Marry Poppins Returns when it glides into theaters on December 25?

Previous post End of An Era: The Legendary John Williams May Retire From STAR WARS After EPISODE IX

Next post Watch Dwayne Johnson Accept His Razzie For BAYWATCH