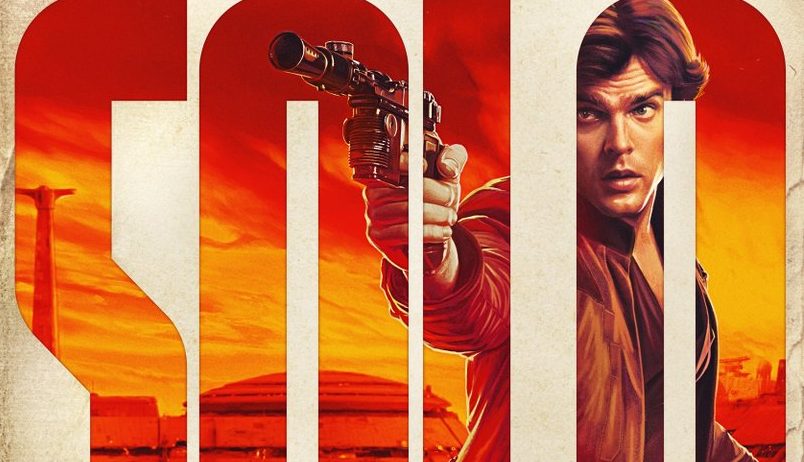 There is a great disturbance in the Force. When the posters for Solo: A Star Wars Story arrived, they had a different vibe to them then ones we have seen previously for the other films. Now we might know where they spawn from.

An artist took to Facebook to talk about how the posters are similar to work he did in 2015:

The translation roughly reads as follows:

Left the official posters of the next Star Wars (Disney), right the compiles for which I made the creation in 2015 for Sony Music France / Legacy Recordings France following the brief of the project leader Romain ‘Rpiz’ Pizon.
I am flattered that the quality of my work is recognized, but it is still pure and simple forgery, I have not been asked for my permission, I wish to be credited and paid for this work I have done for Sony!
A thought for everyone who worked hard on this very beautiful project: Dj Reverend P (Patrice Larrar), Richard Lecocq, Aurélien Orel, David Hachour, Yazid Manou and Yazid Manou So Romain ‘Rpiz’ Pizon.
#LegacyOfStarWars

He has a point. They are remarkably similar. There has been no comment from Lucasfilm at the time of writing this, or from Sony. It is possible that Lucasfilm asked Sony for permission, without the knowledge of the artist. But we don’t know either way. Lucasfilm has not recalled the posters in circulation yet, and the artist isn’t being outrageous. Credit should be given where it is due, and so should compensation.

The road to Solo has been fraught with mishaps and speed bumps. This is just the latest in its journey to the big screen. We’ll see if all the hassle was worth it when Solo: A Star Wars Story opens on May 25, 2018.

What do you make of the posters and the artist’s claims?

Next post End of An Era: The Legendary John Williams May Retire From STAR WARS After EPISODE IX