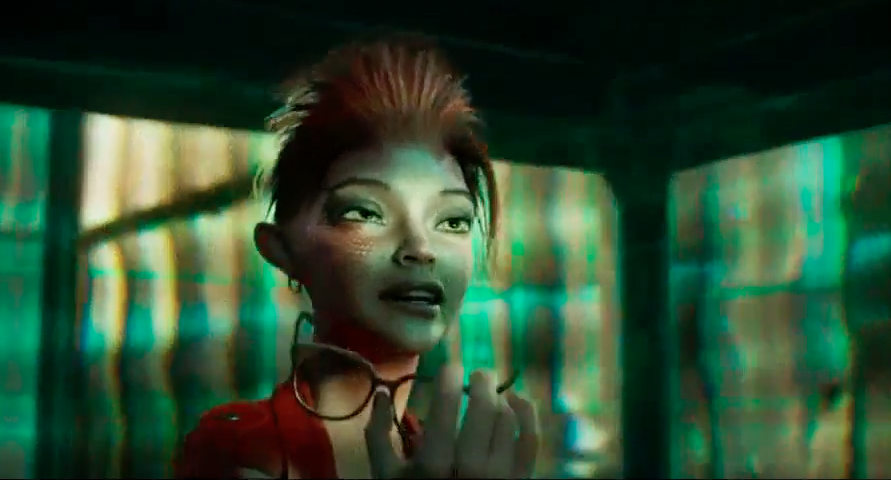 Ready Player One will arrive at the end of this month, and the hype train is officially leaving the station. The Steven Spielberg sci-fi epic based on Ernest Cline’s excellent book by the same name is looking to steamroll you with enough easter eggs and movie references to make your head spin. What’s beautiful here is that the story itself demands these references, so they won’t feel forced or like cheap ploys.

In this latest extended Ready Player One TV spot, they’ve worked in a reference that should delight DC and Superman fans out there. Check out what happens below, shortly after Art3mis (Olivia Cooke) suggests to Wade (Tye Sheridan) that he should wear some Clark Kent-style glasses:

Yes, that’s right. They blast a few bars of the iconic John Williams Superman March as Wade walks into IOI with his Clark Kent disguise.

This thing is going to be a treasure trove for anyone who grew up in the 80s and 90s, with a plot filled with amazing references to classic movies and video games.

If you’re unfamiliar with what Ready Player One is about, here’s a plot synopsis that should help you out:

The film is set in 2045, with the world on the brink of chaos and collapse.  But the people have found salvation in the OASIS, an expansive virtual reality universe created by the brilliant and eccentric James Halliday (Mark Rylance).  When Halliday dies, he leaves his immense fortune to the first person to find a digital Easter egg he has hidden somewhere in the OASIS, sparking a contest that grips the entire world.  When an unlikely young hero named Wade Watts (Tye Sheridan) decides to join the contest, he is hurled into a breakneck, reality-bending treasure hunt through a fantastical universe of mystery, discovery and danger.

Ready Player One arrives on March 29.