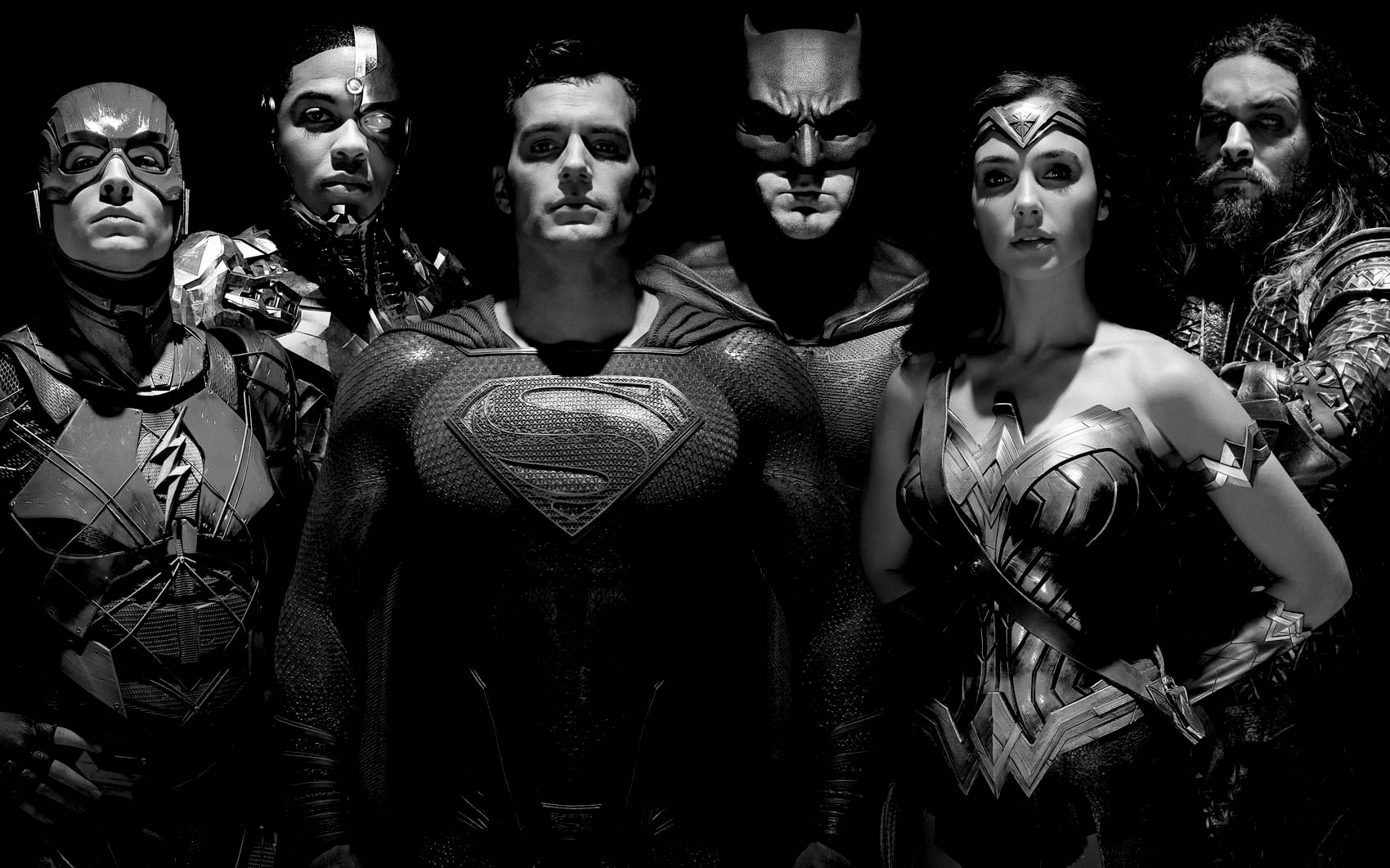 “The Injustice that Befell Justice League”

Though I acknowledge Mario’s declaration that hoping against hope for Snyder’s Justice League is just going to “willingly frustrate” myself, I am not sure I can let it go. It is a loose thread, begging to be unraveled.

Learning of the cut itself was not entirely shocking. As I’ve said, I expected we would receive a director’s cut in some form. What plagues me most is the recent knowledge of Zack’s fate, a secret kept hidden despite much of the negative press leading up to the film and a topic discussed in depth on a recent episode of The Revengers Podcast.

Now, as I have readily admitted, I did at the time of its release enjoy Justice League. To be fair, I am an easy mark. Superman is a character that means an enormous amount to me, so with just that small sampling of John Williams sprinkled in and one declaration of “justice,” I was hooked.

That was the beauty of my initial ignorance. Of course, I knew there had been reshoots, the mustache thing had made the rounds, and there was the hoopla about the Amazonian costumes, but those were window dressing. What concerned me most was that Zack, having had to step away due to an unfathomable tragedy, would have his work honored in his absence.

On the surface, things appeared as if that would be so. The soldiers had towed the line; the cast and others involved were saying the right things, assuaging any fears that I may have had about the final product to come.

Thus, as I entered the theater for an early screening, my perspective remained untainted by the ground swell of gossip that would be unleashed in the months to follow. I was a pool of water yet to be muddied. That first screening was a bit of a shock, but I enjoyed it because I knew things had to change. The backlash demanded as much. The extent to which they had still remained a mystery.

Then, it began—first as a trickle, but later a flood. As I detailed in the introduction to my piece on the brilliance of Batman v Superman, people felt cheated. Rumors of a Snyder cut intrigued me. Could it be possible? Would we get the fabled cut and the true conclusion to Superman’s arc? I dutifully signed the petition—knowing it to be an utterly meaningless gesture, other than to show solidarity to those who agreed with me

We now know that it is more than possible. The cut exists, but as Mario has exhaustively covered, the odds of us getting a glimpse of it are thin—wishes whispered in the wind.

But, the knowledge of the cut alone is not what will keep me up at night, nor will it be the McGuffin of my personal narrative that makes me squirm every time I watch Justice League.

My perpetual internal struggle revolves around these central questions: How can I possibly enjoy a film that was so callously ripped from a director whose vision had rung so true for me? And how can I separate the film itself from the actions of executives whose empathy was so nonexistent that they conveniently used the death of a man’s daughter as a means to save face for letting him go?

The cruel and unusual way in which Snyder was fired is a moral quandary, for me, one that became much more apparent as my wife and I sat down to watch Justice League on digital last week.

This was her first viewing. I had seen it three times in theaters and enjoyed it, albeit slightly less and less each time. Within the first half hour, the pendulum of my mixed emotions had swung toward the end occupied by frustration. Even she, who is not at all beholden to these movies or privy to all the goings on that flood the internet, was confused by the stark contrast between Justice League and Batman v Superman.

She did not understand why they had replaced the powerful, emotionally charged music with something much more subdued; nor could she put her finger on why the characters seemed to lack the gravitas they’d displayed only one film prior. They were cheekier, offering ill-timed jokes that served no benefit to the story. To keep it short, she thought it stunk, proclaiming it worse than Suicide Squad.

Clearly, that was an overreaction—Suicide Squad occupies an entirely separate plane of mediocrity that it lords over with impunity—yet what it did illustrate was that in their desire to course correct to such an obnoxious degree, WB had created a schism. This was not the universe she had seen before, and her befuddlement only exacerbated my own.

She assessed it just on its own merits. Not knowing any of the behind-the-scenes drama, she still found the movie to be a disjointed mess. I now see it in much the same light. It does not help that halfway through, I had to inform her that it was better just to ignore the villain’s motivations as there would be no payoff to come. Knowing there are scenes that were cut that held meaning, tied us to the last two films, and actually cared to offer more than just surface level development for these heroes—and even the villain—is heartbreaking.

If you’re going to fire someone, that is your choice; but to then pump out something of discernibly lower quality does not speak to the judgement of those who made the decision.

Thus, to quote the now missing—though not dead, but certainly gravely injured—General Amajagh from BvS, “Ignorance is not the same as innocence.” Though it has curbed the entertainment the movie could provide me, it’s better I know the truth. The existence of those two cut Superman scenes alone will never allow me to process this as the Justice League film. It is a shell, threadbare and devoid of the nuance we had come to expect.

Those brief glimpses, even taken out of context from the rest of the film, offer more in two minutes than the rest of the movie because they are proud of the arc that had been developing. And yet, they were denied to us—replaced with dull-witted fare like “Something’s definitely bleeding.” Perhaps it’s just Zimmer’s score, but Superman once again embracing the suit is the rebirth moment that film was missing.

If the executives disliked the cut Snyder produced so much, why were they so afraid to just be truthful? Own what you did. If the fans of Snyder had been given months to properly process what had occurred, they probably would’ve been more willing to forgive. As a person who spent the better part of two years fruitlessly attempting to defend BvS, I know how much that film divided people. No one would’ve blamed them if they’d delayed Justice League after the gavel of the internet’s verdict had pounded down upon BvS.

Instead, they persisted. They let Snyder continue the course; and then pitched us on his Justice League movie. The road that followed could not have been any lower. Snyder got kicked to the curb and as he languished in professional purgatory, they chopped his vision to bits with a crudely fashioned hacksaw and stamped his name on the final product of a mismatched assembly line.

The higher ups knew what they were doing, but still littered every trailer with scenes that are inexplicably absent from the theatrical version. Where is the movie we were convinced we were going to see? Where is the justice for our Justice League?

Moving forward, I will, to Mario’s point, jump right back aboard the ship. I’ll see Aquaman because I’m excited for what Mamoa and Wan will bring. I can’t help it; to me, it’s more important to support the people whose passion drives these films. Maybe that’s the issue. For all their good intentions, they are still just the puppets. The studio pulls the strings, and WB hasn’t really done much of anything to deserve our support; yet, we continue to give it to them anyway because these characters hold such a special place in our hearts. That bond—the one that drives me to see these heroes onscreen—is also why I won’t be able to ever again watch Justice League and not be overcome by the disappointment of not only witnessing the grotesque husk of the movie we were promised, but by the actions of pitiless suits who shoveled it out to us.

*As an aside, I do not blame Whedon for any of this. In fact, I find a couple of his scenes to be quite brilliant—in particular, Batman lamenting to Wonder Woman that his days as a masked vigilante may be numbered, as well as when he confided in Alfred the importance of Superman lay in the fact that he was more human than he himself could ever be. Whedon was tasked with the most thankless of jobs, and wasn’t even given appropriate time do properly do what they had asked of him.

5 thoughts on “RTF Original: “The Injustice That Befell JUSTICE LEAGUE””

Next post INFINITY WAR: The Soul Stone Could Be The ‘Biggest Threat’ in the Marvel Cinematic Universe