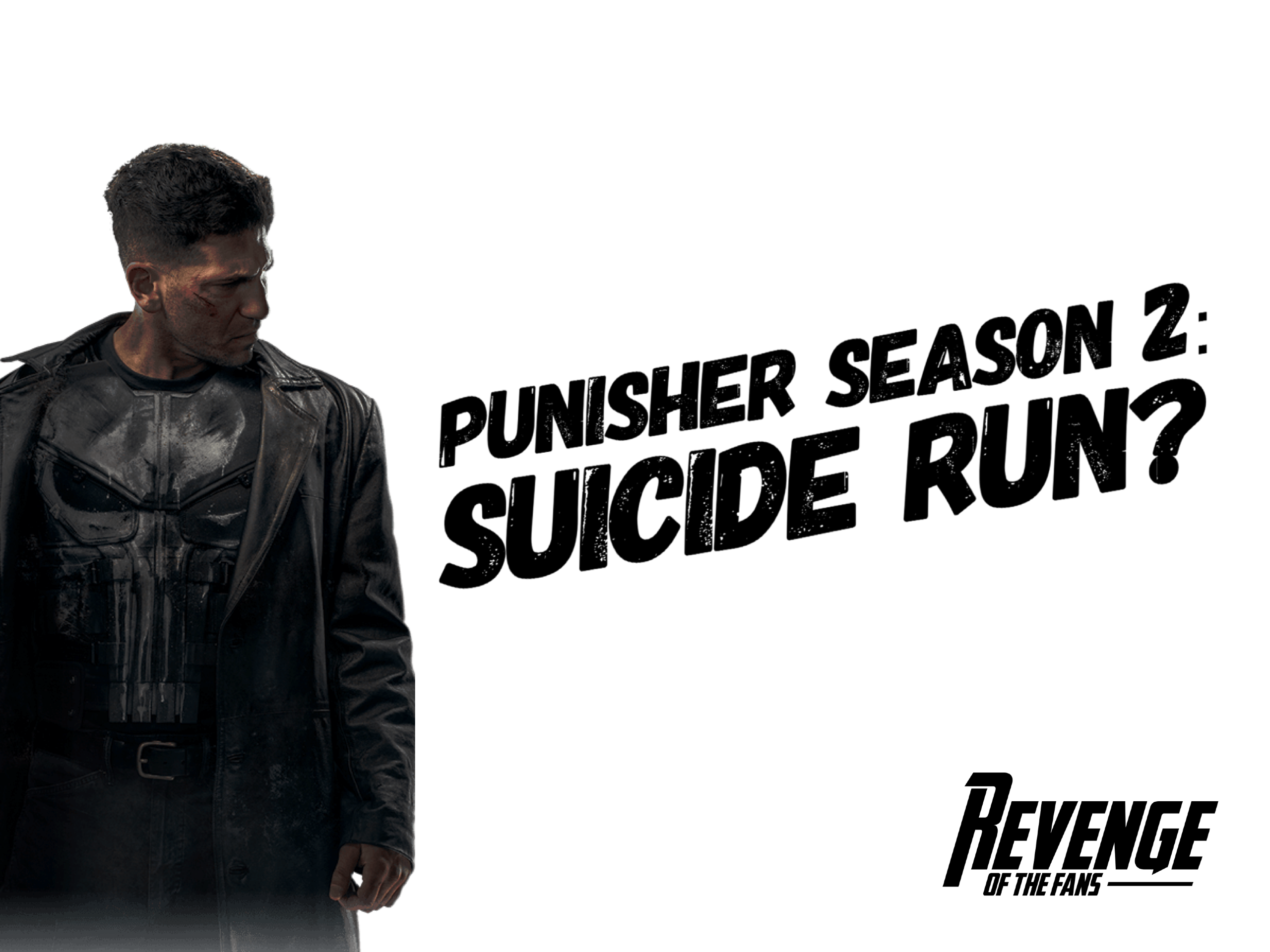 NETFLIX’S PUNISHER season 2 will go on a SUICIDE RUN and we’re good with that!

The Marvel streaming universe is going strong and after a fantastic premier season, Netflix expects more punishment in season 2. Even though a premiere date has not been set, expect Jon Bernthal, Ben Barnes, Amber Rose Revah and Jason R. Moore to return for the popular Marvel series.

Our good pals over at THAT HASHTAG SHOW have some new details on what storyline and characters we can expect to see in a few months:

This week’s news that three actors were cast in the upcoming second season of Marvel’s The Punisher not only confirmed some earlier character descriptions that we shared but it also cast some light onto some others that, until now, we’ve been holding onto. While we originally believed that the second season might adapt Garth Ennis’ The Slavers story arc, the casting of Georgia Wigham as Amy Bendix has not only taken that story out of play, it’s also given us a pretty good idea of where season 2 will actually head.

The character of Amy Bendix only appeared in two issues in the early 1990s (The Punisher: War Zone #24 and The Punisher War Journal #63) which were both a part of the Suicide Run story that ran across 3 separate Punisher titles. The arc begins with Castle emerging to take out nearly all of New York City’s major crime bosses after detonating a skyscraper with him in it. His apparent death allows for the emergence of several other Punisher-esque vigilantes in the city while Frank winds up in the small town of Laastekis, and recovers with the help of Amy Bendix. Unfortunately for Frank, Amy’s dad is the sheriff of the small town and when he finds Castle hiding out in his daughter’s tree house, he takes him into holding. Not believing he is Castle, Bendix calls the FBI and, as a result, brings hell to his small town as everyone out to get Castle descends on Laastekis, Pennsylvania.

It appears that the series will indeed adapt Suicide Run, but according to the character breakdowns we’ve seen, instead of ending up in Laastekis, PA, Castle will find himself under the watchful eye of Sheriff Bendix in Ohio. Marvel are currently looking to cast 4 roles associated with a small town Ohio sheriff’s department, the first of which is most certainly Bendix:

[Sheriff Bonnen] an authoritative male in his early 40s.

[Deputy Creamer] a 25-28 year old male who is described as optimistic and professional.

[Bob] a male in his early 50s who works at the desk at the sheriff office.

While we’re not sure how Frank will find himself transported to the Midwest, the addition of Annie clarified for us that these breakdowns were for Sheriff Bendix and his deputies who get caught up in the collateral damage of the hunt for Castle. What’s more interesting is what this might mean for Josh Stewart’s John Pilgrim, described as “a man whose calm exterior belies a ruthless interior” who “despite having left behind a life of violence” is forced “to use his old skills” as he enters Frank Castle’s world and another, yet to be cast character known as “Drea.”

As we mentioned above, the “death” of Castle ignites a spark in several other characters who pick up the mantle of The Punisher. Most notable among them are Jimmy Pierce and Lynn Michaels and it’s now not out of the question that Stewart’s John Pilgrim could be a re-imagined Jimmy Pierce, a former Navy S.E.A.L. who worked as the Punisher for a time, and that “Drea” could be a version of Lynn Michaels. In casting “Drea” the studio was searching for a female, 30-35, with fight experience to portray an athletic, intelligent and well-trained fighter. In the comics, Michaels was once an NYPD officer who quit the force and filled the void left by Castle’s “death.”

At this point, we cannot confirm that “Drea” is Lynn Michaels or that John Pilgrim will join her in serving as a replacement Punisher, but we like the idea a lot. As for why showrunner Steve Lightfoot would choose to rename the character John Pilgrim instead of just using Jimmy Pierce, that’s because Pierce already made his debut in a cage fight with Colleen Wing in Season 1 of Iron Fist. However, there’s enough evidence to allow us to draw this as one possible conclusion given our knowledge of the character breakdowns.

The Punisher Season 2 is expected to hit Netflix sometime in 2019.