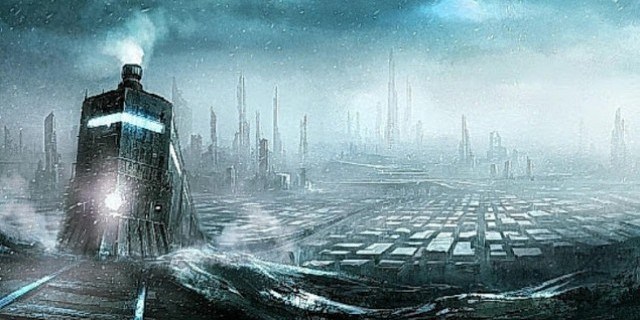 Snowpiercer was a wonderful film in 2013 starring Chris Evans and the late John Hurt. The Bong Joon Ho film was a cult success, and of course, anything successful Hollywood will make more of. Instead of a sequel, Snowpiercer is getting the long-form treatment, and becoming a television show at TNT.

Josh Friedman, who helmed Terminator: The Sarah Connor Chronicles was originally tapped to be showrunner but left the development of the show over those pesky creative differences.

Manson is best known for creating the show Orphan Black for BBC America. The plot of the film revolves around a climate change gone wrong that killed all life on the planet, except for the passengers of a Snowpiercer train. A class system emerges on the train, where the rich are in the front and the poorer you are, the farther back you are.

Jennifer Connely and Daveed Diggs are set to star in the show, and the pilot is going to be directed by Dr. Strange director Scott Derrickson.

I absolutely adored the movie when I first saw it in 2013. It was unlike anything I had seen before, and Evans gave one of the best performances of his career. I definitely need to revisit the film before the television show premieres, which I will be sure to check out. The film was my first exposure to director Bong Joon Ho, who went on to direct Okja for Netflix, another film with a powerful commentary on life that I enjoyed very much. He will also executive produce the series.