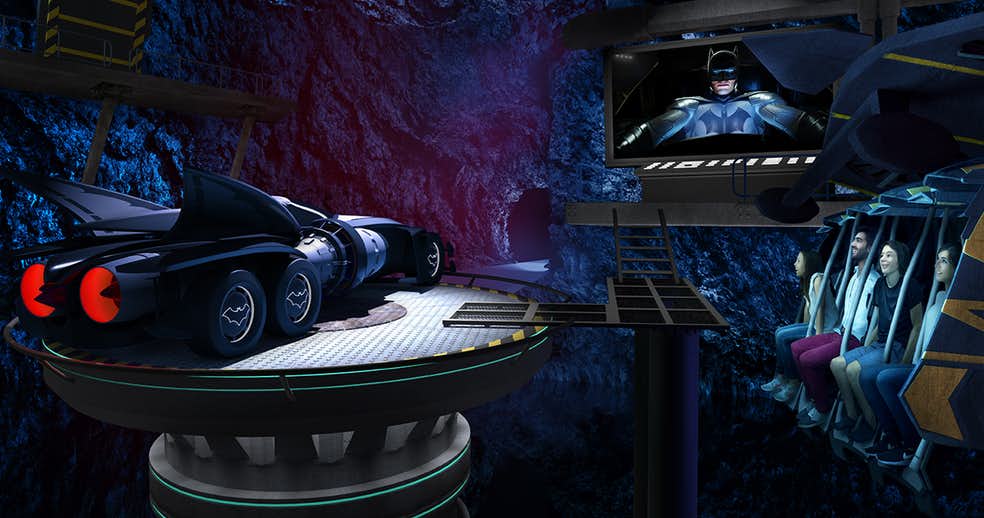 Warner Bros. has unveiled plans for a Batman-themed land at their WB World amusement park in Abu Dhabi.

The area will include four all-new rides, attractions restaurants and shops inspired by the world of the Dark Knight. One of the four rides – titled Knight Flight – will give folks a chance to be test pilots of a new air vehicle designed by Wayne Tech. The next ride – called Scarecrow Scare Ride – is another flight-based ride that promises “dramatic aerobatics and whirlwind barrel rolls”. The third ride is The Riddler Revolution, a roller coaster based around the Riddler, while The Joker’s Funhouse offers a funhouse experience with a Joker-esque twist.

The Gotham City area will also offer restaurants based on the Gotham City Police Department and Batman’s supervillains – including a Mr. Freeze ice cream truck – with a chance to dine with the scourge of Gotham. Finally, there will be carnival games like “Whac-a-Bat” and “Bazooka Blast”.

The WB park will also include areas like Metropolis, Cartoon Junction, Bedrock, Dynamite Gulch and Warner Bros. Plaza. The 1.65 million-square-foot indoor park is set to open this summer.

Sounds like an expensive field trip may be in order.