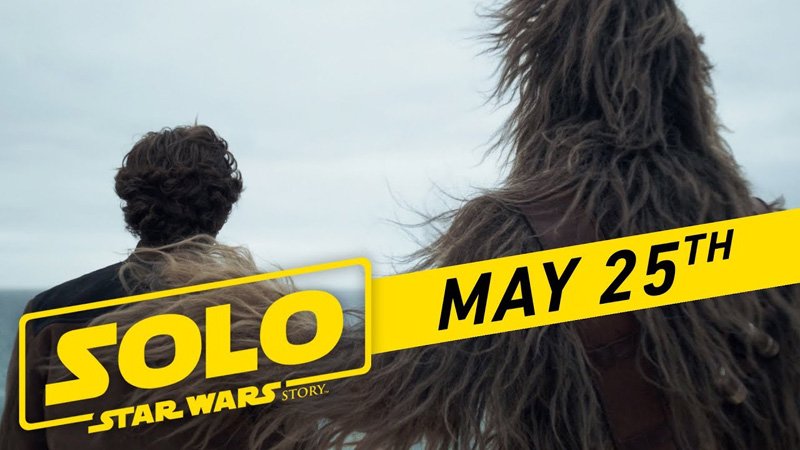 Most of Lucasfilm’s official timeline is pretty straightforward. They all have episode numbers in the title, and that’s the order they take place. But with the spinoffs, it is a different story. Before Rogue One came out, we knew it would be between Episode III and Episode IV. After seeing it, we know it ends moments before Episode IV picks up. There was speculation that Solo would do the same thing. Could the last scene in the movie be Han and Chewie arriving at Mos Eisley for their fateful encounter with Luke Skywalker?

Well, probably not. For a few reasons, one of them is that Alden Ehrenreich is rumored to have a multi-picture deal. There needs to be room for sequels if they want, (or at the very least, the film can let Ehrenreich show up in live-action television shows as Solo, but that is wishful thinking on my part.) There is a future for these characters, unlike the ones in Rogue One; and while we know some of that future there is still room for storytelling.

The other, more concrete reason is that Del Rey – the book publisher that releases most of the new “canon” books, have updated the timeline on their website, and has a place for the Solo film.

The film takes place right after the Tarkin novel which is 14 years before Episode IV. That means Solo is somewhere in the middle of  the 19 years between Episode III and Episode IV. That makes sense. Han Solo is nearly 30 when he meets Luke and Obi-Wan for the first time. So having him in his early to mid-twenties here is the perfect age to get a few early adventures out of him.

So if Lucasfilm wants sequels, or guest TV appearances, they can have them. Han Solo is one of the most popular characters in sci-fi history. That has a lot to do with Harrison Ford though, so Ehrenreich has big shoes to fill.