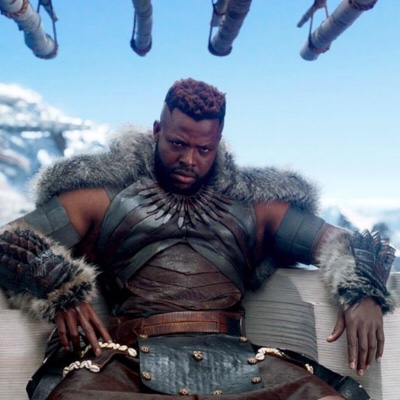 If Winston Duke has his way, the next Bad Boys entry could be coming to you straight outta Wakanda.

When interviewed by the Deadline Podcast, Duke was asked what reboot he would like to star in, and subsequently pitched a Bad Boys reboot starring opposite his Black Panther co-star Daniel Kaluuya.

It’s an enticing pitch, especially given that Duke is one of the breakout stars of Black Panther for his role of M’Baku, while Daniel Kaluuya is not only riding high on the success of his Marvel debut but also last year’s Get Out. The Oscar nomination for Best Actor also helps.

For now it looks Duke may have to wait awhile as it look like a Bad Boys 3 starring Will Smith and Martin Lawrence has been given the breath of life with the hiring of new directors for the project. Still, it would be fun to see Duke and Kaluuya in roles that would have them carry the franchise thereafter.

In the meantime, Duke is confirmed for Avengers: Infinity War so we’ll at least be seeing plenty of him in the future.

Next post Danny Boyle’s BOND 25: A Current State of Affairs