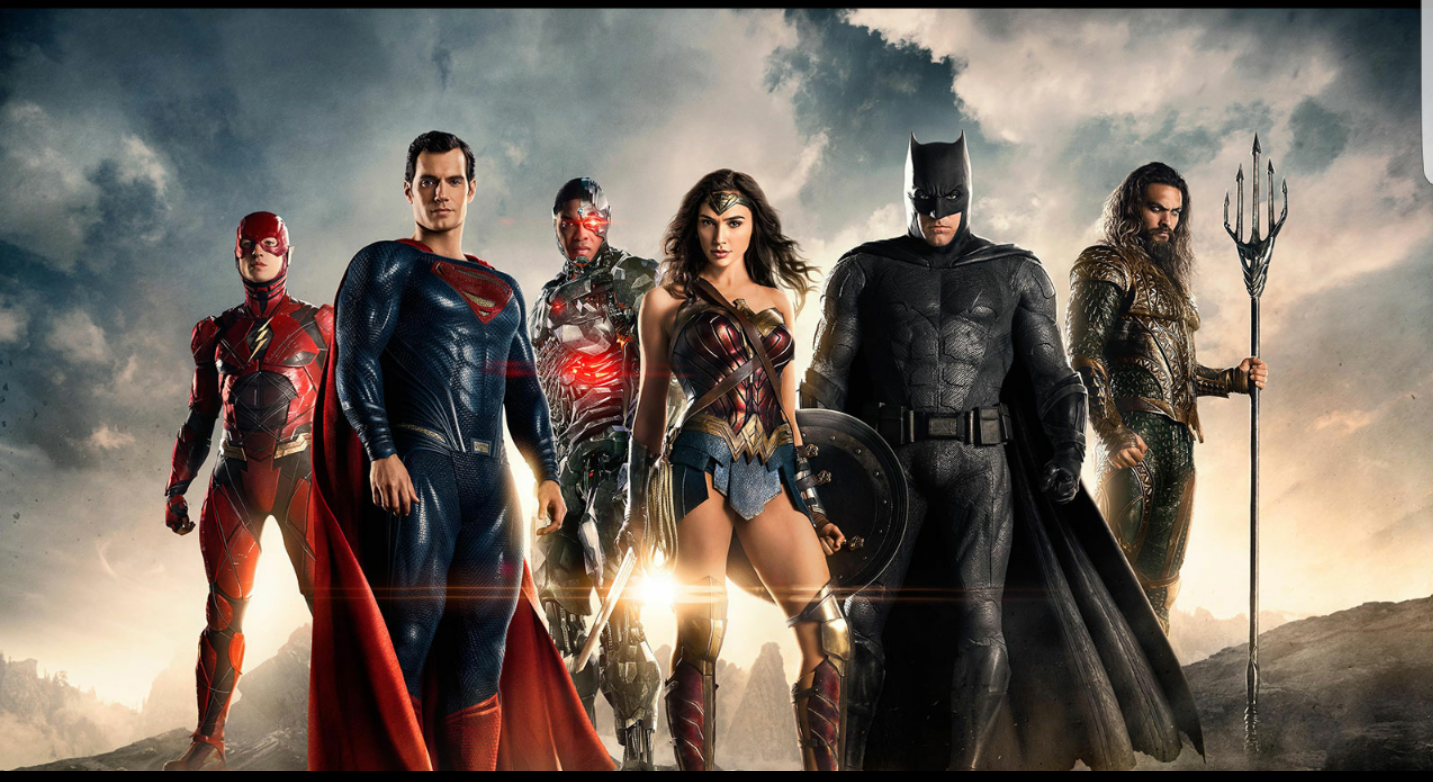 I have been a fan of comic book heroes since my teenage years. These characters were just cool and their adventures were interesting. As I got older, my love for them grew deepened, as well as the zeal for great content and faithful representations in any medium of these heroes developed. Nowadays, I see every movie at my local theater as soon as it comes out, watch the TV shows and watch their animated outings. In my search of ideal adaptations of DC characters, for example, I am filled with joy to have found the DC Animated Universe. Its amazing. Having watched almost 80% of their DCAU catalog, I believe that it is safe to say that the quality of 90% of these movies is superb. A great deal of the voice acting is exceptional, the stories are cleverly written and directed, while conserving the essence of the characters that they feature. Being a Flash Fan first, I love Justice League: The Flashpoint Paradox, which is a very successful and quasi-perfect adaptation of the Flashpoint Arc in the comics. And placing the same faith as in DCAU on the DC/WB slate, I saw Man of Steel and I love it. I saw it at last 4 times in theaters. At the time, I didnt see the flaws I know it has now, but for the sake of argument, MOS is a good movie. After the release of MOS, the news about uniting all the DC heroes for a Justice League movie broke. Personally, I was excited, because I was not only getting great animated material; but now DC/WB was going to give us the live action versions of these Iconic characters that we have always wanted see and they would be all sharing the screen! I was hopeful and excited, until I saw Batman v Superman: Dawn of Justice. It wasn’t good. A lot of fans came out of the theater asking ourselves, “What happened?” This wasn’t what we were expecting. It looked great, but something was missing. Then, Suicide Squad came and missed and Justice League arrived to not entirely stick the landing. Now I was worried and trying to wrap my head around all this.

Disclaimer: I am hopeful for the future of the DC/WB universe and I am, by no means, a detractor of it. I look forward to seeing these characters on screen and the studios have my money. End of Disclaimer

The question that I have due to the missteps made by most of DC/WB movies is: why can’t I see the constant quality that I see in the DC Animated Universe in the live-Action universe? Do they have the perfect blueprint? Have they cracked the code? In an attempt to explore an answer to this question, I will examine two live-action films that have an animated counterpart (1 pair per week) and unwrap what the animated movie did better that would have helped the live-action version work. Now then, take the Red pill and let’s go for a ride.

PART 1 – THEY GOT GREEN LANTERN RIGHT

A lot of people have a lot to say about Martin Campbell’s Green Lantern. Beyond the fact the CGI was awful (except for the constructs in my opinion), the biggest issues don’t lie with the cast and crew; but with the story, weak world-building and the tone. I enjoy every actor and actress in the role that they played, although I believe that Ryan Reynolds might have been a bit too Ryan Reynolds when playing Hal at times. The movie failed to sell the Green Lantern character and his world to the public. It simply presented a generic superhero movie and plot with little to no substance. Now, as a comic book movie fan, I understand that there is a formula for these stories. There are beats that need to be hit for it to work and Green Lantern hits them all; but although it checks most of the boxes, the problem is that it stops there. It failed big-time in creating the world of the Green Lantern Corps and taking us there. Why is this important, you might ask? Because its what separates Batman, Superman, Wonder Woman and co. from each other. This world-building is what justifies that each of them get their own DC title printed every month. This is what makes them unique. There is something different for every fan in all of these heroes; its the reason I prefer the Flash to Superman and Batman. Let see how the film failed in this aspect.

What is a Green Lantern, who is Hal Jordan and what did the 2011 film miss?

The short answer: a Green Lantern is a intergalactic cop, Hal Jordan is a cocky, yet courageous pilot and the film only got half of that equation right. Remember, my goal is not to bash the movie; but to highlight how it would’ve been better and how DC could learn from their mistakes. Ryan Reynolds’ Hal Jordan, like most of his performances, played the cocky asshole part very well. We saw him flying planes, he gets chosen by the ring, he says the oath, he learns to overcome his fears (the final minutes of the fight with Parallax where glorious in my opinion)band at end of the day, he tries to do the right thing. He becomes the hero. But even though the film gaves a good Hal Jordan, it did not give us what we came to see, the world and characters of the Green Lantern universe. Now, what do I mean by this? One might say: “But we saw Oa, we saw the Guardians, we saw plenty of Lanterns together and a training montage. What else would you want?” I want a Green Lantern fulfilling his duty or learning how to be the best Lantern he can be. Green Lantern is not like the Flash. He wasn’t struck by lightning and then figured out on his own how to be a hero. The Green Lantern Corps is an intergalactic police force that is comprised of individuals from diferrent races from across thousand of galaxies that are tasked with protecting their assigned sectors of the universe from any threat that might arise. They go on patrols, they have ranks and they encounter an endless variety of evildoers. All these facets that were glossed over in the film give Hal Jordan’s adventures a sense of grandeur and scale that other heroes cannot even fathom. Green Lantern should have been DC’s Guardians of the Galaxy, but all we got was another Superman-like character. We got more of the same, only this time in green. In my opinion, not doubling-down on these Green Lantern elements that make this character different and attractive were the downfall of the motion picture.

The tone is campy and the CGI shouldn’t have been THAT bad.

Please allow me to rant a little bit about this topic. After having seen Batman Begins, The Dark Knight, Iron Man, Iron Man 2 and The Incredible Hulk as evidence that superhero movies work better when taken seriously; why on earth would you write dialogue that takes you back to the campy tone found in Schumacher’s atrocities? WHY?? Luckily, there are some scenes that actually makes it seem like a modern superhero, but the campiness is in the movie. Why this happened is beyond me. Sometimes the movie doesn’t know what to be. Also, after seeing a very good use of CGI and practical effects in the Marvel movies before it; why do Green Lantern’s special effects look that horrible? Making the suits and the sets of OA completely out of CGI was a bad move. Just saying.

*sigh* back to the good stuff

Green Lantern: First Flight (2009, DCAU) got Hal Jordan and what a Green Lantern is right.

Allow me to present the plot of this animated movie: Abin Sur crash lands on Earth and the selection process for a new ring-bearer commences. Hal Jordan is taken by the ring and is chosen as Abin‘s successor. After a couple of days, Hal is picked up from Earth by a couple of his fellow Lanterns and taken to Oa. Here he learns about what a Green Lantern is. Due to fact of being human, the Guarduans doubt that Hal is worthy of the calling. Sinestro steps in and volunteers to train him by taking him as a partner as he investigates through the galaxy the murder of Abin Sur. Already a better movie, am I right? Twist and turns unfold as Hal spends quality time with his fellow Lanterns while chasing space criminals. We get a classic, yet complex villain and an epic final battle worthy of Green Lantern. The animated movie takes us to a world that only Green Lantern can go, while also showing us what makes joining the Corps so special. The element that I most enjoy is that the Green Lantern story is also a fish-out-of-water story. About an individual finding out that his world is a thousand times bigger that he could have ever imagined and even though it’s too big, he still has a purpose, a role to play. This animated movie captures all of it: the vastness of space, the history of the Corps, the powers, the companionship between Corps members, alien races and alien criminals. We even have an interesting scene in an alien bat and airport! It takes you to Green Lantern’s world, full-throttle and that’s why I love this movie.

The Final Lap: The importance of a character’s essence

Everyone talks about how the CGI was horrible in Green Lantern (2011), but the biggest issue is that it doesn’t provide us with a story worthy of Green Lantern. It was generic and followed a cliched-superhero formula. The characters were there, the powers were there; but the world-building, the essence of what makes the character unique and the favorite of so DC Fans wasn’t there. I argue that if DC/WB would have looked at Green Lantern: First Flight (2009, DCAU) as a blueprint for designing a Green Lantern movie, maybe they could have showed the world why Green Lantern is special and why it deserves our attention as one DC’s most beloved heroes. Things might have gone different for the DC/WB universe. I don’t consider GLFF a masterpiece by no means; but they got Green Lantern right and it came out two years prior to the live-action adaptation. There are plenty of gems in the DCAU just waiting to be enjoyed and that DC/WB universe can learn from. Green Lantern is just the tip of the iceberg.

Next week, we will be dissecting Suicide Squad and its DCAU equivalent: Batman:Assault on Arkham. They are pretty much the same movie with some key differences.

Read, share and let’s start a conversation. I can’t wait to hear your thoughts about this subject that has been in mind for years. Do you think DC/WB should be looking at the DCAU for guidance? Tell us what you think!

2 thoughts on “DCU v DCAU: Why DC’s Animated Films Should Be The Blueprint- Part 1: ‘GREEN LANTERN’”

Next post GUARDIANS OF THE GALAXY VOL. 3 To Film In Atlanta