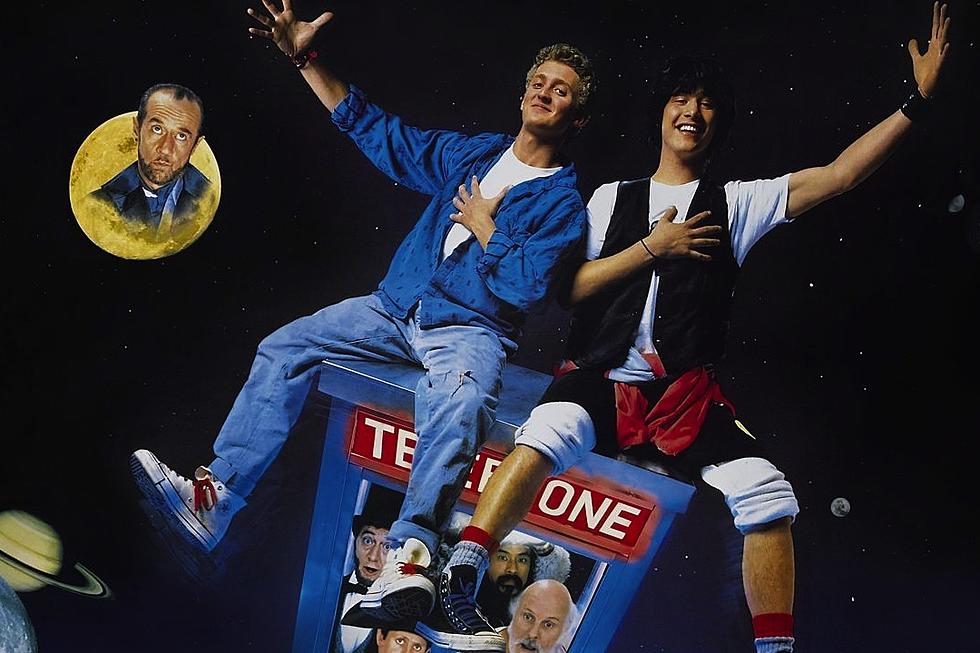 Bill & Ted are a teenager duo that anyone growing up in the late 80’s/early 90’s fondly remember. They have amassed a cult following over the years with their two films, Bill& Ted’s Excellent Adventure and Bill & Ted’s Bogus Journey, and most fans, just like myself, are pondering what can be expected of the upcoming Bill & Ted sequel.

Well, Bill and Ted scribe Ed Solomon recently tweeted a few details about the upcoming sequel which is enough to make any fan want to air guitar in excitement! In the tweets, Solomon mentioned the fun in writing in Death, played by William Sadler in Bill & Ted’s Bogus Journey, into the sequel! Upon learning that the scythe wielding master of the afterlife is going to be included in the upcoming sequel, Sadler responded to Solomon’s post by stating that he is ready, willing and able to join up with our heroes on another rocking adventure.

See the exchange below:

Have scythe, will travel.

Now this is far from a guarantee, but MAN would this be incredible to witness! The exchange took place after Sadler had said tweeted “The world could totally use some #BillandTed right now. I’m keeping my bony white #fingerscrossed.” I don’t know about all of you, but I happen to agree with the man.

In terms of the plot of the film, you can check out our article (penned by moi) here.

Will you be one of the air guitarists in the crowd when this movie drops? I know I will be. What do you think about the possibility of Sadler reprising his role as Death? Bill & Ted Face The Music has no official release date.

Next post Deleted Scene of Yondu From THOR: RAGNAROK Revealed