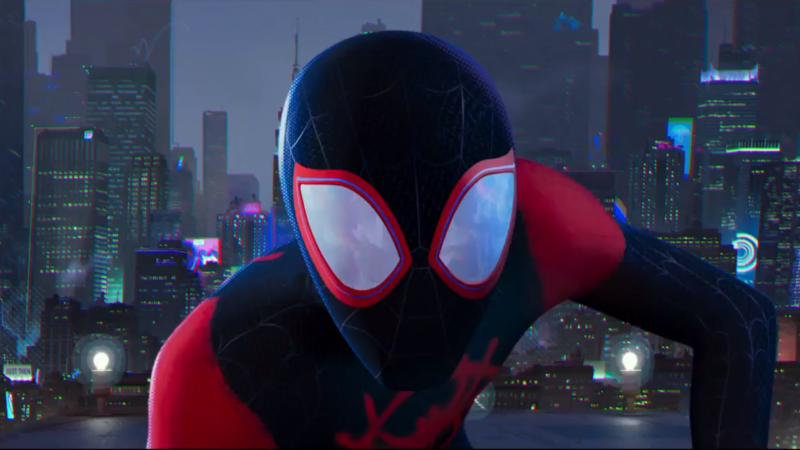 Liev Schrieber is no stranger to comic book movies, having starred in X-Men Origins: Wolverine alongside Hugh Jackman. But after the lukewarm reception to that film, and the critical success of his television show Ray Donovan, it was quite a surprise when it was announced that Schrieber had signed up for another superhero venture. When asked what drew him to the new animated Spider-Man movie he said:

It was actually the animation team. The guys who are working on it, I saw their work and said, “Wow! These guys are special.” And it is. It’s going to be pretty special, from what I’ve seen so far. And I haven’t seen much, but it’s pretty special. They’re super-talented. And just working with them in the brief time that we did on my stuff, I’ve been in a bunch of these different situations, and these guys have their ducks in a row. And they’re collaborative. They know what they want and they’re clear, they’ve got all their sequences and their animatics, but you come up at them with a creative idea and they shift, they do it nimbly and with great execution.

Schrieber also revealed a fun tidbit about a technical aspect of the film.

But it also is anamorphic … ooo I don’t know if I should have said that. [laughs] If you know something about film, that’s an amazing thing for an animated film to do that well. Anamorphic is the stretched-out format and it really is a much broader, bigger canvas, which is unusual for animation because you’re generally trying to focus the action. These guys have decided to go anamorphic with it and it’s stunning. If you’ve seen that trailer, you already get a sense of what it is.

That is definitely the first thing I noticed about the trailer – the animation. It looked like nothing I’ve seen before. I’m excited to experience on the big screen, and it seems like Schrieber is too. When Spider-Man: Into the Spider-verse releases on December 14, 2018, we might all be in for a treat.