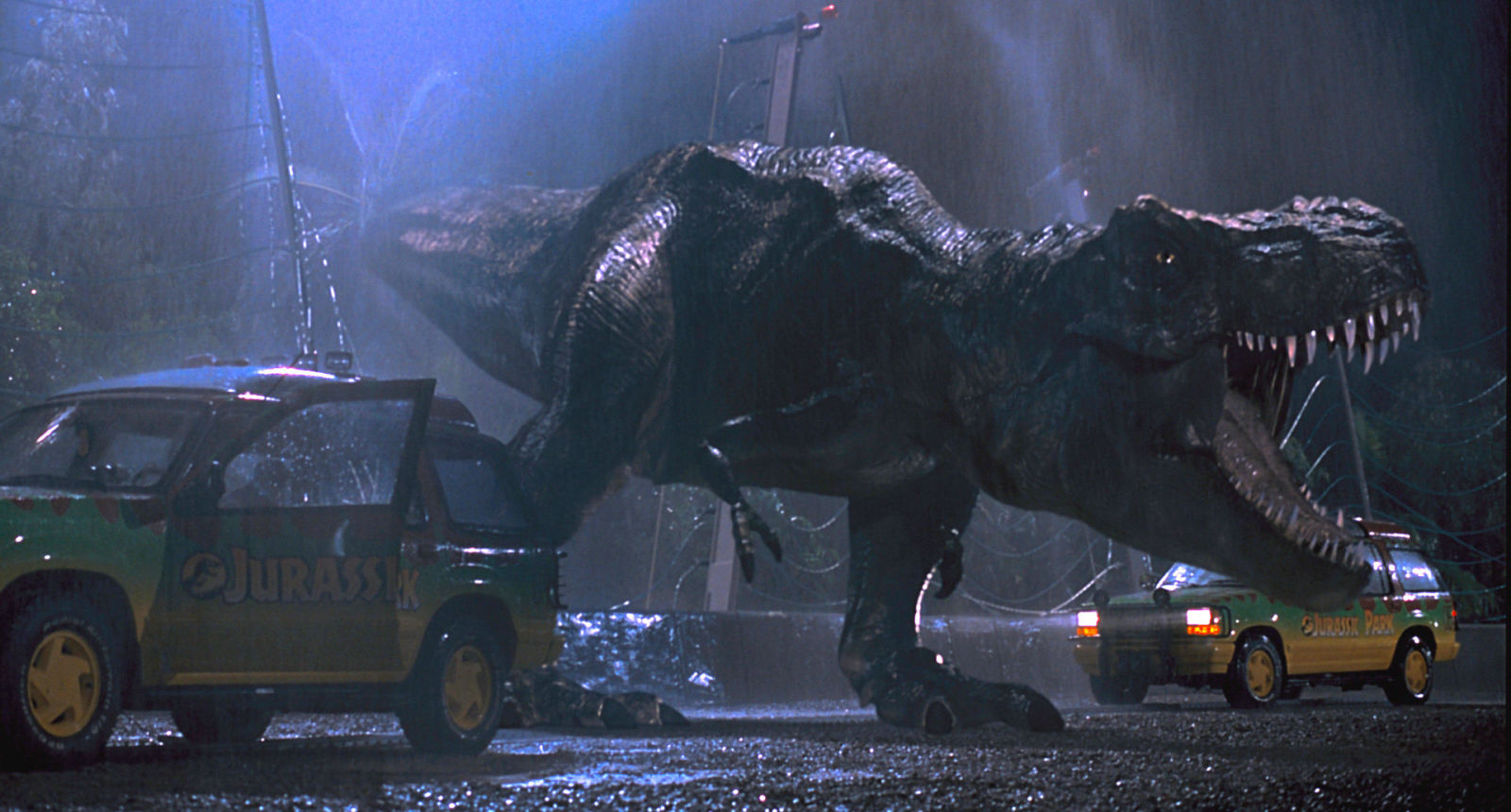 It’s apparent to anyone who’s paying attention that Ready Player One is going to be brimming with easter eggs. The film’s premise hinges on a nostalgic love for classic video games and 80s movies, and that’s one of several reasons Steven Spielberg was the only man for this job.

Every trailer so far has featured a ton of blink-and-you-miss-it pop culture cameos and references, and the latest one finds Spielberg revisiting one of the most iconic sequences in his classic Jurassic Park: The T-Rex Chase.

Check out the latest trailer for Ready Player One:

The film is set in 2045, with the world on the brink of chaos and collapse. But the people have found salvation in the OASIS, an expansive virtual reality universe created by the brilliant and eccentric James Halliday (Mark Rylance). When Halliday dies, he leaves his immense fortune to the first person to find a digital Easter egg he has hidden somewhere in the OASIS, sparking a contest that grips the entire world. When an unlikely young hero named Wade Watts (Tye Sheridan) decides to join the contest, he is hurled into a breakneck, reality-bending treasure hunt through a fantastical universe of mystery, discovery and danger.

Did you catch it? What else did you catch? Let us know in the comments below!

Ready Player One arrives on March 29.

Next post Check Out This Bananas First-Look At COBRA KAI- The Karate Kid Saga Continues!