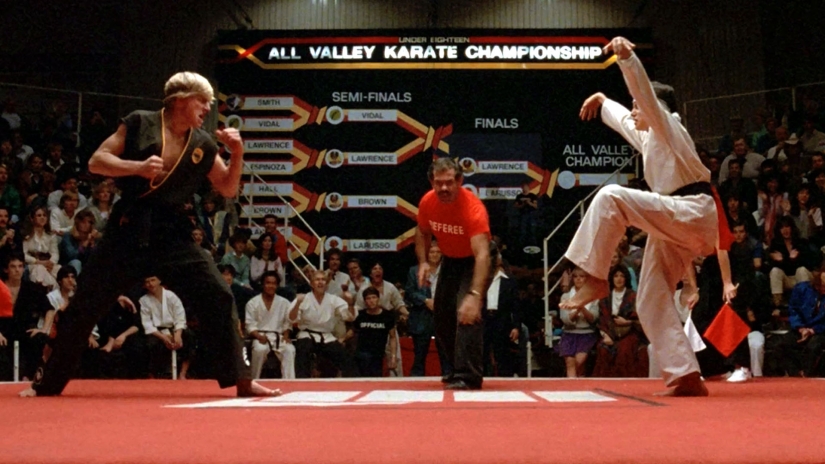 When it was announced last year that Ralph Macchio would be returning to the world of The Karate Kid in a new series for YouTube Red, no one would’ve blamed you if you laughed the idea off. It sounded like something that could make for an excellent SNL sketch or something, but a whole new series that continues the story of the first two films? Pfft.

Well, YouTube dropped the first-look at Cobra Kai yesterday, and we’ve got to say…this actually looks like must-see TV. Macchio isn’t alone in this relaunch of the Karate Kid mythos, either. The series also stars the man who played his dreaded rival Johnny, William Zabka.

You’ve got to check out this surprisingly intense sneak peak at Cobra Kai:

Karate Kid’s Johnny Lawrence and Daniel LaRusso aren’t the same people they were in high school— but their rivalry hasn’t changed one bit. The Karate Kid saga continue

Cobra Kai‘s 10 episode run will begin later this year, only on YouTube Red.