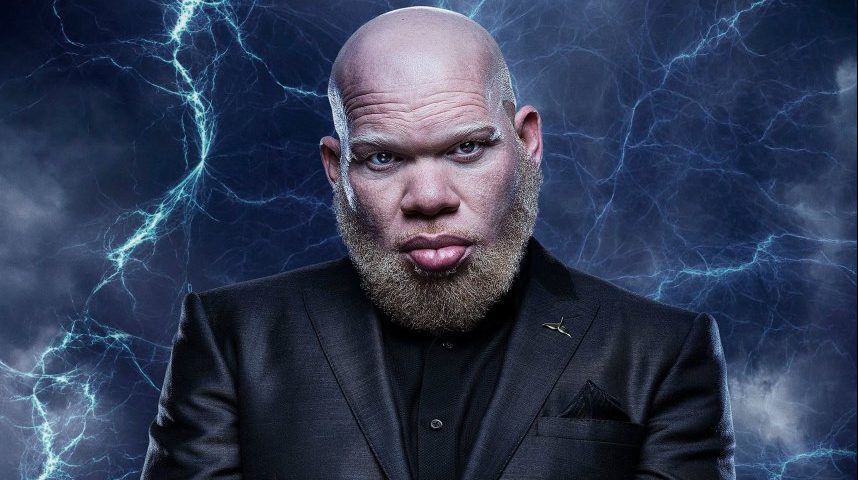 “PAYBACK IS A B****H – An unexpected phone call unearths the long-buried need for Jefferson (Cress Williams) to investigate the murder of his father. Meanwhile, Anissa (Nafessa Williams) wrestles with the fact that her actions have dire consequences. Lastly, Jennifer (China Anne McClain) learns the importance of controlling her temper – in all situations.” (The CW)

This episode picks up with Black Lightning hot on the trail of people addicted to Green Light, and the drug dealers peddling it, in the hopes of tracing it back to its source. I’m glad this plot point was picked up again, not just left hanging. If handled correctly, this plot point could stretch out over a few more episodes, if not the whole season. Black Lightning intercepts someone high on Green Light, attacking two police officers with his enhanced strength. As the police fire a few shots at him, Black Lightning intercepts the gunfire, subdues the young man and tells the cops to call the ambulance. At first they are unsure of him, but quickly heed his orders.

This scene reminded me of Captain America giving police officers instructions, during the battle of New York, in The Avengers. Prior to and after this moment, we see Black Lightning testing another modification to his costume, With Gambi’s instruction, Black Lightning begins testing his hover option. He can now hover from rooftop to rooftop. It’s not quite flight, but close to it. Think the first Iron-Man, when he was first testing his armor in his garage in the first film, only at a faster pace. The idea that the combination of using his powers and being Black Lightning causes Jefferson Pierce pain, is brought back in this episode. As he uses his powers, Jefferson begins to experience debilitating headaches. At one point, he even faints. Lynn and Gambi even team up, to try and convince him to take things slow, while they figure things out. Gambi eventually tells him it’s a malfunction with the capacitor, but Jefferson insists on going on the hunt as Black Lightning. After a couple episodes, this is a nice reminder, that our hero is as human an vulnerable s us viewers.

This episode marks the first time where Gambi actually tries to dissuade Jefferson from being Black Lightning, veering their relationship more to Batman/Alfred territory than ever before.

While he’s on his information hunt, Jefferson discovers that one of the men supplying the Green Light drug, is Joey Toledo, Tobias Whale’s former right hand man, who had a role in the murder of Jefferson’s father. In order to track down Joey’s whereabouts, Jefferson as Black Lightning, makes a deal to work with Inspector Henderson on this particular case. Jefferson hides in the dark of the bushes, as he discusses this scenario with Henderson. The scene reminded me of the first scene with Batman and Jim Gordon, in Batman Begins. When Inspector Henderson enquires about contacting Black Lightning, he is given a burner phone, to which our hero dubs, the ‘Black Signal.” This Batman reference, gave me a good laugh. His battle with Joey Toledo at episodes end, also was quite reminiscent of Batman Begins second act confrontation, between Batman and the Scarecrow. Much the way Batman was virtually crippled by the fear gas, and left defeated, while Scarecrow escaped, so to was Black Lightning crippled by the pain from his headaches, that it allowed Joey Toledo to get some good hits in on him, before escaping. The fact that the episode ended so abruptly here, makes the two weeks until the next episode even harder to take.

Anissa was once again investigating meta human abilities, to try to better understand what is happening to her. Her research leads her to an online conspiracy theorist, who’s vlogs tell of a vaccine given to a test group of kids in 1987, was the first instance of people with enhance ability surfacing. However, these kids all went missing, What’s even more interesting, is that further investigation, leads Anissa to the articles that her grandfather, Alvin Pierce wrote about the vaccine, the kids with abilities, and the cover-up, all of which, got Alvin killed by Tobias. Anissa, through her detective work, finds the location of a storage facility, linked with the mysterious vaccine. Before going for some on site investigating, she goes shopping, and puts together a makeshift “superhero costume.” When she arrives at the storage facility, it looks as though it had been abandoned for years. After digging around, she seemingly finds a vile of the vaccine. Her instigating, combined with her new wardrobe, would make both her reporter grandfather and superhero father, quite proud I recon. I love this character and her progression. With each episode, she learns and grows into her abilities, taking a small step towards her destiny as a superhero herself. This gradual build up, will make her full fledged leap into superhero status, all the more enjoyable. This plot point has me curious, Could Jefferson Pierce been given the vaccine? Is this how he got his powers, at least for the show’s purposes? Since it has yet to be revealed how Jefferson gained his abilities, it’s certainly possible! We’ll just have to wait and see.

We do get so new and interesting details on Tobias Whale in this episode. For starters, he was one of the people injected with the vaccine. This little detail explains how he was able to lift and choke Lala to death in the prison cell, a few episodes back. It is mentioned that the serum prevents him from aging. So does this give him some form of immortality? We also see Tobias and his sister plotting against Eve and the higher ups in the organization, as Tobias looks to regain his power and respect within the group. This was an important scene to restore Tobias’ street cred, if you will. With the audience. Playing second fiddle to Lady Eve, somewhat neutered the character a bit, in my opinion. We also get a little into Tobias’ childhood via flashbacks. Tobias’ mother left he and his sister. And “caring” for them is Eldridge. Now while he is likely their father, he could also be their step father. The distinction was made 100 percent clear. Either way, the flashbacks show Eldridge physically hit Tobias’ sister and verbally abused Tobias, insulting him about his skin condition, and for being Albino. These scenes made me feel sorry and empathy for Tobias. Sure, it’s fictional, but no child should ever have to endure such behavior from a parent. Tobias gets closer with Eldridge, when he confronts the now old man, bare hugging him, breaking his back and leaving him to die. It was ruthless, looked painful, but I must say, was most deserved. The best performer of the episode was Marvin Jones III as Tobias Whale. The emotional range he displayed in this episode was varied and felt effortless.

Black Lightning is back on form with episode 5, after what I thought to be a step backward last episode. There’s some great character work, mixed in with the vigilante super heroics. The show answers some questions, while presenting us with new ones that need further exploration. As I mentioned, there is no Black Lightning next week. However, it will be back in two weeks and I hope the next new episode, is just as good as this one is.