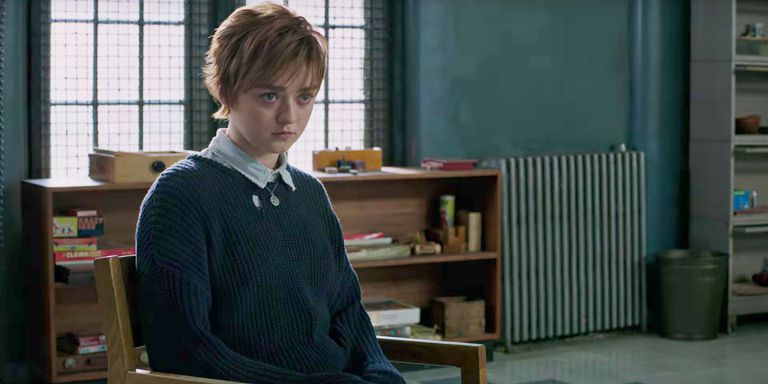 One of the biggest delays of the year has been for Fox’s New Mutants, which was moved from its original April 13 date to February 22, 2019.

Rumors about the delay spread, including reshoots to make the movie “a little scarier.” Fans of the X-Men spinoff may have been disappointed with the move, but star Maisie Williams told Collider that she sees the release date change as a good thing for the film.

Well, it was always a really quick turn around, and there was always battles of how they were going to manage it. We finished in September and they were going to release in April and there’s- it’s a mutant film, there’s a lot of effects. There’s a lot of work that goes into the movie. They really make the movie after we finish shooting, so there was always kind of a bit nervous, really. I know how long this sort of thing takes on Game of Thrones and I know the work that they want to put in is- it’s a huge job. Actually, I think it’s for the better. I think it’s good that we’ve got more time. We’re not so strapped and up against it. It give us time- it gives me time to get to know the project once its finalized. Films take a real different shape after you finish shooting, and after they have edited. Sometimes you watch a movie and with the score, etc, it’s a completely different film than the one you had in mind. I guess you only know that when you have just done the premiere or whatever. Your spending your whole life working on this film that actually you don’t know much about at all. It’s quite nice that there is the time, to you know, make it the best that one can and familiarize ourselves with it and when it comes to releasing, really push it hard.

Extra time in post-production can be a good thing, depending on the production. With a film like New Mutants likely being a bit effects-heavy and the short turn-around between when the film finished shooting in September and its original release date, it’s probably a good thing to delay it to get the most out of the post-production phase.

As far as the rumors that additional photography are coming to make New Mutants scarier, Williams noted the film was plenty scary in its current form.

Well, it was always bizarre to me when we were shooting- when were shooting it was frightening and the scenes that we were doing were supposed to be like PG-13. I was always like are we going to get away with this? It was really scary. I feel like all of the suspense and horror has always been there, it’s just nice to have a little bit more leeway in the editing and make it as scary as it deserves to be.

Whatever the reason for the delay of New Mutants, director Josh Boone has promised the movie will be “the hardest PG-13 ever made.” If the film in its current form didn’t promise that, a delay makes sense. If Boone can live up to his promise, it’ll be a film that can satisfy both comic book and horror fans. Hopefully, the push will give us that.

What you think of Williams’ comments? Let me know in the comments!