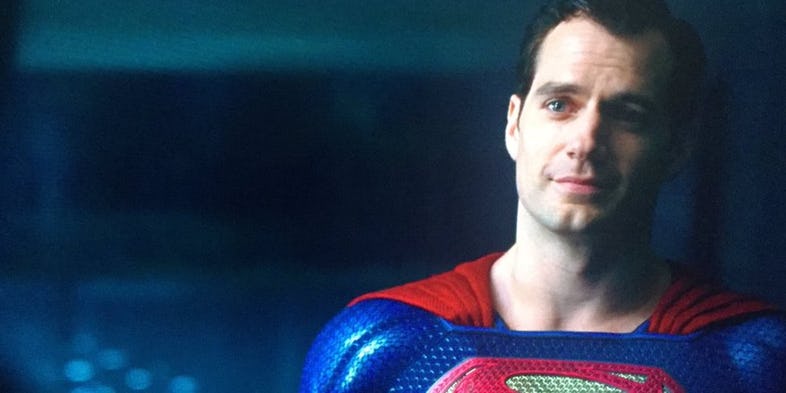 With all the talk lately of alternate cuts and creative clashes over Justice League, one thing seems to be universally true:

Whether it was Zack Snyder’s version, or the one the studio asked Joss Whedon to make, we were always going to get the “true Superman” in this film.

Actor Henry Cavill made waves in October after some comments he made in an interview with The Rake came out. At the time, he seemingly threw the old direction for Supes under the bus. He said:

“There was a style [DC was] going for, an attempt to be different and look at things from a slightly different perspective, which hasn’t necessarily worked. Yes, it has made money, but it has not been a critical success; it hasn’t given everyone that sensation which superheroes should give the viewer.

“I feel like now the right mistakes have been made and they haven’t been pandered [to], and we can start telling the stories in the way they need to be told. It is even better to come back from a mistake or stylistic error into the correct vein because it will make it seem that much stronger. Wonder Woman was the first step in the right direction.”

At the time, it was clear he was referring to the major alterations made to the theatrical cut of Justice League; changes he seemed to be in favor of.

But in a newly-released behind-the-scenes featurette that will be included in one of the home releases for Justice League, Cavill is shown talking about the representation of Superman in the film. What’s notable here is that these comments were made before those infamous alterations were made. Check them out:

Now, it’s easy to read this and go, “Well, if we were going to get a Superman filled with hope and joy all along then why on EARTH did they change so much of what Snyder shot?!” But there is a very important distinction to be made here:

There’s a huge difference between setting a goal and actually achieving that goal.

I’m not saying that Snyder, Cavill, and co. failed in their initial attempt to show the “true Superman” in Justice League, thus requiring an outsider to step in and actually stick the landing. I’m just saying that we can’t get all worked up because Cavill merely stated an intention.

I could come out right now and say:

“In my opinion 2018 will be the first time we see Mario in shape. We have seen the origin story of him putting on weight. We have seen the chubbification and excess of Mario. And finally with this rebirth, we see the fit Mario. The Mario who is ripped and svelt, and full of kale and protein shakes.”

There’s no guarantee that I’d pull it off (and, if history is any indication, I wouldn’t!). So we can’t take intentions to the bank, people.

Let’s not get too carried away about this quote. The real takeaway is that Cavill is excited to be playing Superman in a way that’s more hopeful, joyous, and optimistic. And we’ll get to see more of that next April!

Next post Revenger Submission: ‘Looking Back On BATMAN V SUPERMAN, A Misunderstood Masterpiece’