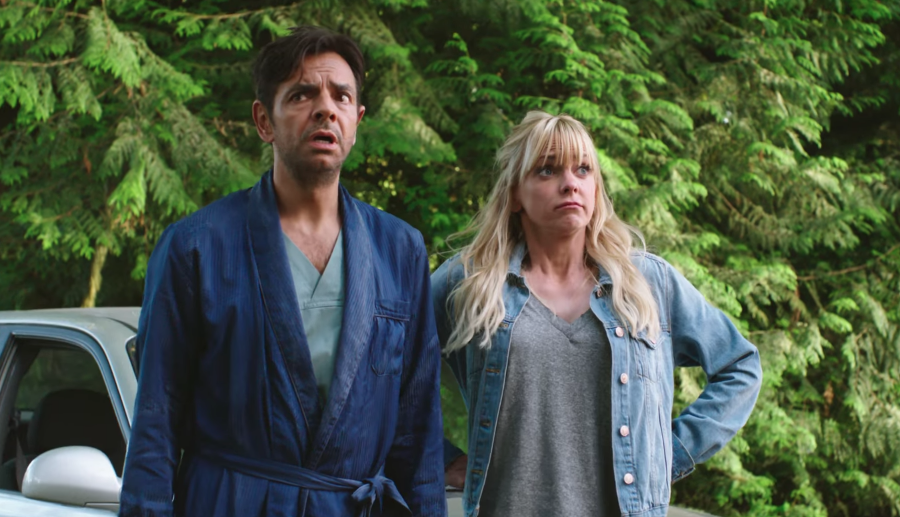 The original Overboard featured Goldie Hawn and Kurt Russell, and it told the story of a snobby, wealthy woman who falls off of her yacht, gets amnesia, and is taken in by a former employee she used to be mean to. He takes advantage of her amnesia by convincing her she’s his wife and the mother of his four children, and hilarity ensues, all while she learns valuable life lessons.

In the remake, we’ll get a very similar story, but with a twist. This time the film stars Anna Faris (Scary Movie) and Eugenio Derbez (How to Be A Latin Lover), and the roles are reversed. He’s the snobby, cruel one-percenter who treats her like garbage, and she’s the one who pretends he’s her husband after he falls overboard and gets amnesia.

You can check out the trailer for this new Overboard right here:

The film has got a few elements that make it a somewhat fresh and exciting take on the original story. For starters, it’s somewhat timely with its “Sticking it to the man” tone, and its empowerment of a female lead who’s mistreated by a man. And it’s also got some latin flare. Derbez is a respected Mexican actor, director, and producer with a career that spans three decades. Between his prominent role here, the inclusion of Eva Longoria, and the Spanish-language music playing towards the end of the trailer, this new Overboard seems to be courting a latin audience.

Here’s hoping the film is a crossover success!