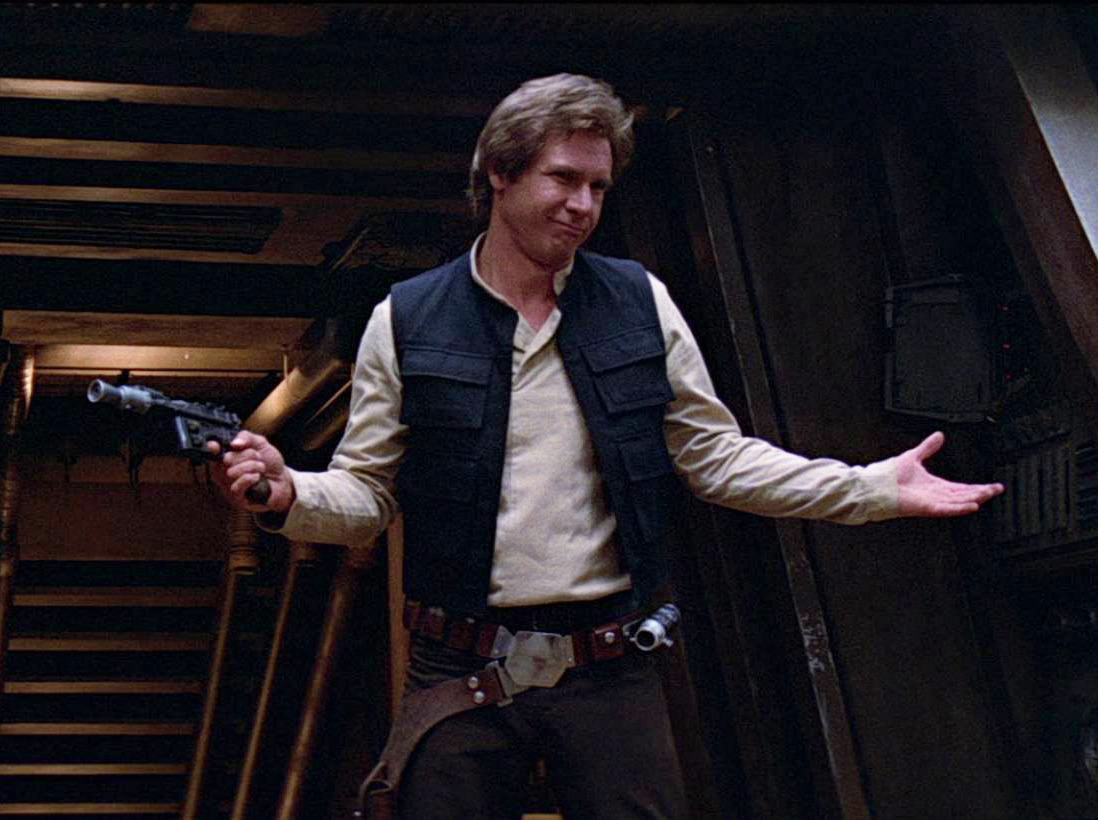 Before Disney bought Lucasfilm in 2012, the Star Wars franchise was struggling. The expanded universe was sprawling and intimidating. The plans for a live action TV show stalled. The animated series The Clone Wars was the only thing that kept the connection with fans truly alive. But we embraced it. We knew there was no way we were ever going to get any more movies. When Disney bought Lucasfilm, that all changed.

But maybe it would have regardless. In an interview with Entertainment Weekly, Lawrence Kasdan said he was brought on board by George Lucas to develop a Han Solo Standalone adventure before the deal took place. When the Disney acquisition happened, all focuses shifted to what eventually became The Force Awakens. But talks of a Han Solo spinoff never died. Kasdan wasn’t sure if he wanted to do it anymore. After writing Empire, Return of the Jedi, and The Force Awakens he was ready for a break from the galaxy far, far away.

“When I was done, I was sort of burned out. And I said, ‘I don’t know, do we still want to do this Han thing?’ And they said, ‘Yeah! We really want you to go ahead with Han.’ And I said, ‘Well, my son, Jon, is very enthusiastic and full of ideas about the saga.’ And he had directed two movies and had done other things. ‘What if he came on and worked with me? Because, that would give me a shot in the arm.’ And so, that’s exactly what happened. They made a deal with Jon, and he and I have been writing since for three years.”

When Kasdan’s son came on board, it was the shot of adrenaline needed to complete the Solo script, and here we are six years after the acquisition, we are only 3 months or so away from seeing the work that might never had seen the light of day.

Lucasfilm head Kathleen Kennedy confirmed this a while back when she revealed that Lucas had spoken to her about a Han Solo movie prior to the Disney/Lucasfilm deal:

“I sat with George in April of 2012, and the company was sold in September of 2012, so it was a relatively short amount of time before. But one of the first conversations I had creatively with George was about doing other movies than the saga films. And he had a few ideas he was kicking around but he was very open to where this might go in the Star Wars universe…he was planning to retire. He was talking to me about making these films.”

Who knows if the Han Solo film being developed pre-Disney would have been a prequel. It could have been another Harrison Ford vehicle post Return of the Jedi for all we know. But that might have opened the floodgates to even more Lucas-run Star Wars films and the landscape of Star Wars as we know it could have been completely different.

Solo: A Star Wars Story is in theaters May 25th.

Next post OVERBOARD: The Trailer For The Latin-Tinged, Gender-Swapped Remake Is HERE!