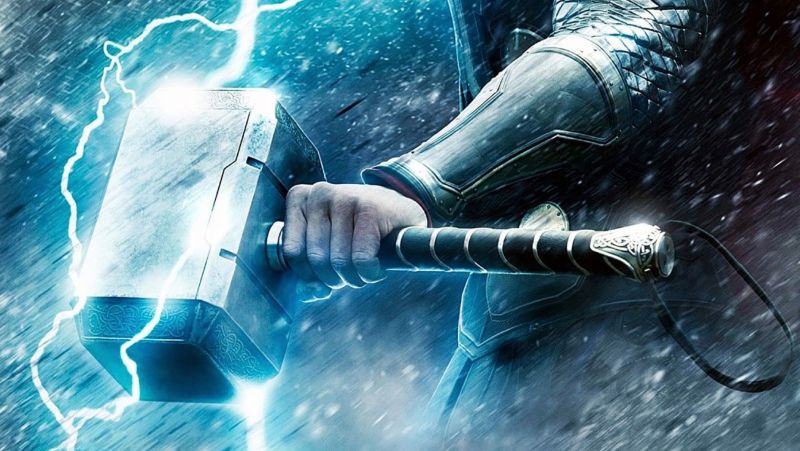 With a threat as big as Thanos coming, the Avengers will have to break out the big guns. But what’s Thor going to use when he wages battle against the Mad Titan’s forces? After all, his trusty Mjolnir was destroyed in last November’s Thor: Ragnarok, leaving our hero without his hammer for the first time since Odin took it away from him in the first Thor.

Over the weekend, a photo appeared of Thor’s new weapon that he will wield in Avengers: Infinity War.

The God of Thunder looks to be using a half-ax, half-hammer, inspired by the weapon, the Ultimate Mjolnir, used in the Ultimate Marvel universe. Marvel has not been shy when it comes to picking up certain elements from the Ultimate universe, so Thor using this version of Mjolnir makes a lot of sense. He’s going to need it.

Avengers: Infinity War will hit theaters on May 4.

What do you guys think? Are you a fan of Thor getting the Ultimate version of Mjolnir? Sound off in the comments!

One thought on “Thor’s Replacement For Mjolnir in AVENGERS: INFINITY WAR Revealed”