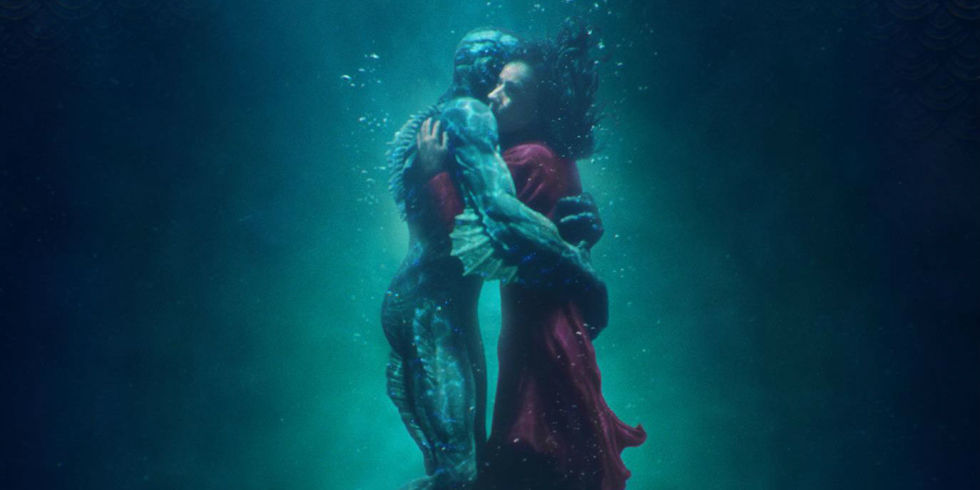 RTF Review: “The Shape of Water: A Modern Fairytale“

Have you ever eaten a box of Cracker Jacks? You grab that checkered and rectangular box. You imagine the taste of that delicious, caramelized popcorn. But that familiar, yet delightful flavor is not what draws you in. What calls to you is beyond the popcorn, beyond the caramel. It’s the mystery within the box. You want the prize. You want what’s inside. You long for what makes that box special and unique. Once you find it and are left in awe, you draw your friends close and show them what you found. This special and mysterious marvel is what Guillermo del Toro has invited us to see in his new film, The Shape of Water. From the depths of his dark, yet charming imagination, Del Toro uses an era of American culture and society as a canvas to paint a fantastical picture of love, mystery and wonder.

The Shape of Water is a fantasy drama written, directed, produced by Guillermo del Toro, distributed by Fox Searchlight. The exceptional cast is composed of Sally Hawkins, Michael Shannon, Octavia Spencer, Doug Jones as The Amphibian Man, Richard Jenkins, among others. Eliza (Hawkins) is a mute woman that works in a government facility in 1962 Baltimore, Maryland. Living a common and routine life, Eliza’s life takes an intriguing turn when a government group, led by Richard Strickland (Shannon), brings a new specimen to the facility where she works as part of the janitorial staff.

The tale gracefully unfolds as the curious Eliza starts uncovering the mystery of the Amphibious Man (Jones) with whom she falls in love. The Shape of Water gracefully explores the power of communication and a person’s desire to express his/herself. All these elements, like colors masterfully blended by a master painter within the canvas of the time period, are used by Del Toro to create an easy-to-follow, predictable at times, yet irresistibly charming movie experience that draws you in from the first frame till the credits roll. Even within the familiar story scheme, the characters that are introduced are interesting and do not lack depth.

Sally Hawkins performance as our mute protagonist Eliza, is nothing short of amazing and speaks loud and clear without hardly saying a word. Her way of communicating with other characters is handled gracefully and it enhances the movies’ enjoyment (I won’t tell you how the method used by the director enhances the audiences engagement with her character). Michael Shannon’s performance of Strickland gives the audience a complex and satisfying antagonist. Accompanied by stellar performances by the supporting cast and a captivating musical score by Alexander Desplat, you are transported through time and space to an unforgettable experience as if you were in a dream from the first plucks of the harps.

The sets are beautifully crafted and are brought to life by the cast and crew, possessing a grim, yet bright feel to them. This movie is the reason why I go to the movies as opposed to reading a good book, playing a video game or watch television. The Shape of Water is a must-see, modern fairytale that needs to be seen in theaters. Trust me, It will be one of the most enchanting experiences that you’ll have this year. Go see it at your local theater today. The Shape of Water currently has 13 Oscar nominations, including nominations for Best Picture, Best Director and Best Actress in a Leading Role.

It’s not hard to see why the Academy loves this film. The Shape of Water was a mysterious treat, and I want to share the prizes within it with all of my fellow Revengers.