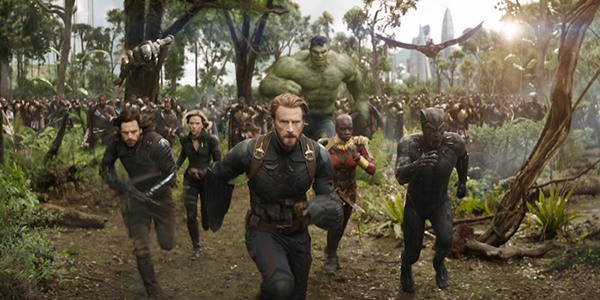 The Marvel Cinematic Universe is indeed a cinematic achievement.

For the past ten years and nearly 20 films, Marvel Studios has been able to keep a solid line of continuity without many mess-ups, thanks to studio guru Kevin Feige working with his filmmakers. But, every so often, the filmmakers will also help each other out to keep things consistent in the overall universe.

“We would talk quite a bit. And I think that Marvel has kind of developed an incredible way of working where they have executives on each project who communicate with each other, who keep it going. So the Russos and I, or Taika [Waititi], anybody, doesn’t have to constantly be in [contact] with each other. We could still make our own movies.”

Coogler goes on to mention how supportive the folks behind the scenes of these films really are to each other.

“That said, the communication process there is really like a family. I felt incredibly supported by Taika, by Joe and Anthony, and all those guys – [Captain Marvel directors] Ryan Fleck and Anna Boden, they are in the offices now. I see all those guys and talk to them. So you feel supported, and Anthony and Joe, they did me the greatest… they threw me the greatest alley-oop by casting Chadwick [Boseman], and John Kani, and Florence Kasumba. I inherited these great actors from those guys, and was able to build around them. So I’ll forever be grateful for that.”

This approach shows how hard Marvel works with its filmmakers to make sure the ship is going smoothly, while also making sure filmmakers don’t trip up on each other.  This also shows how tightly knit the Marvel directors are as a group. With millions of dollars and an impressive streak of quality films at stake, having a group of talented directors willing to lend an ear from time-to-time is probably a good thing.

Black Panther will be in theaters this Friday.

What do you think of Coogler’s comments about working with the other Marvel directors? Let me know below!