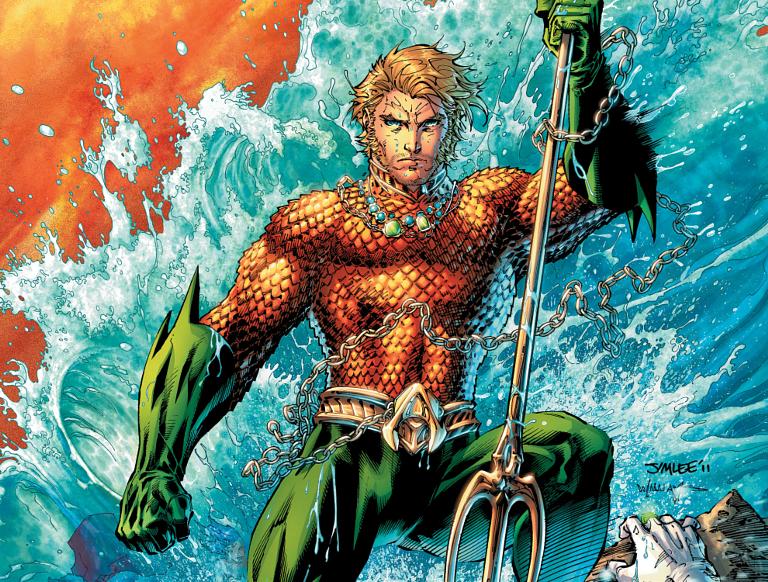 All you Aquaman fans may have a reason to rejoice! While we all are waiting patiently for some kind of teaser to drop for the hotly anticipated solo film; we have gotten information that seems to say that we will be seeing Jason Momoa rocking the traditional orange and green as the King of Atlantis.

According to Twitter account @AquamanShrine, they shared a rumor which reveals what costume we will see Arthur Curry/Aquaman wearing in the movie. The account advised that according to an attendee at a Warner Bros. licensing event, the Aquaman costume shown at the event is exactly like the orange and green outfit that Aquaman currently sports in the DC run of the comic.

I did a little digging myself and found the below picture from the licensing event and… yup. Orange and green, baby.

“He’s not the king yet,” Momoa explained during Justice League’s press tour. “He looks to Mera and he goes ‘I need to borrow something. I need you to do me a favor’ so that’s when she gives him the equipment.”

The traditional outfit as shown above must be his royal Atlantean outfit, which again, makes sense since it is so different from his Justice League outfit. Now this is far from a guarantee, even though there seems to be a statue showing off the new outfit, but regardless, I am happy to see these colors. Maybe he’ll get an awesome hook hand at the end of the film? Bah. Wishful thinking, but who knows? Let me know what you think of the above outfit and if you even want to see him in the traditional colors. Sound off in the comment section below!