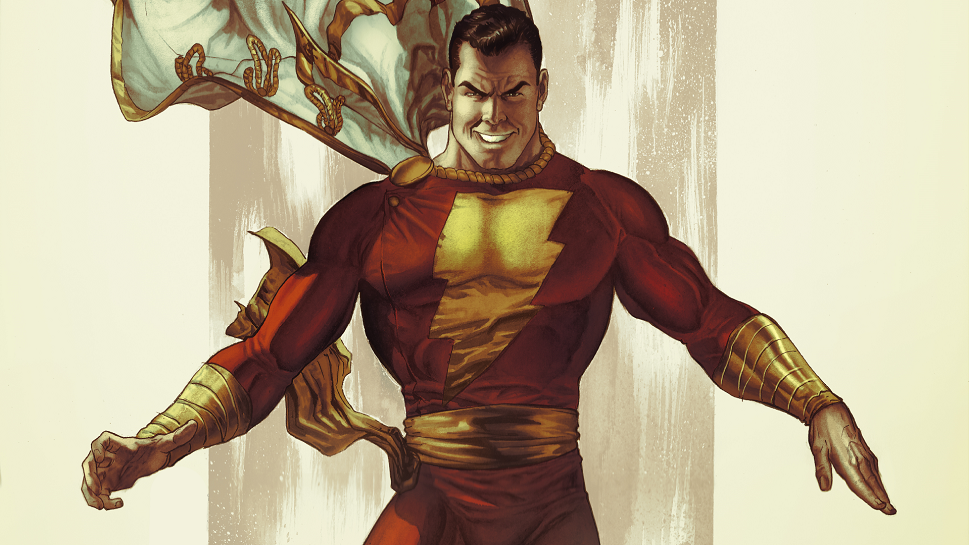 With production for Shazam! In full swing in Toronto, Ontario, it should only be a matter of time before we get our first look at Zachary Levi as the titular hero.

Levi took to Instagram on Wednesday to tease the fans that he was wearing his Shazam! costume, but he didn’t actually show it. The caption for the photo reads:

This indicates it’ll only be a matter of time before Warner Bros. decides to reveal the full costume, since Levi is going to be wearing it on sets and it’s inevitable that someone will leak a grainy cell phone picture that won’t do it any justice.Marvel ran into that situation a few weeks ago when someone leaked photos of Brie Larson in a costume for Captain Marvel, leaving the internet a bit confused if it were the “official” costume she would wear in the film. DC has been pretty good about unveiling their heroes in costume themselves before they get leaked.

So the safest bet here is that DC Entertainment will release an official “first look” at Levi in his costume so that the original Captain Marvel doesn’t suffer the same polarizing fate as Marvel’s Captain Marvel. If we had to guess, it could pop up in an upcoming issue of Entertainment Weekly.

Do you think we’ll get an official reveal of the Shazam costume soon? Let me know in the comments!