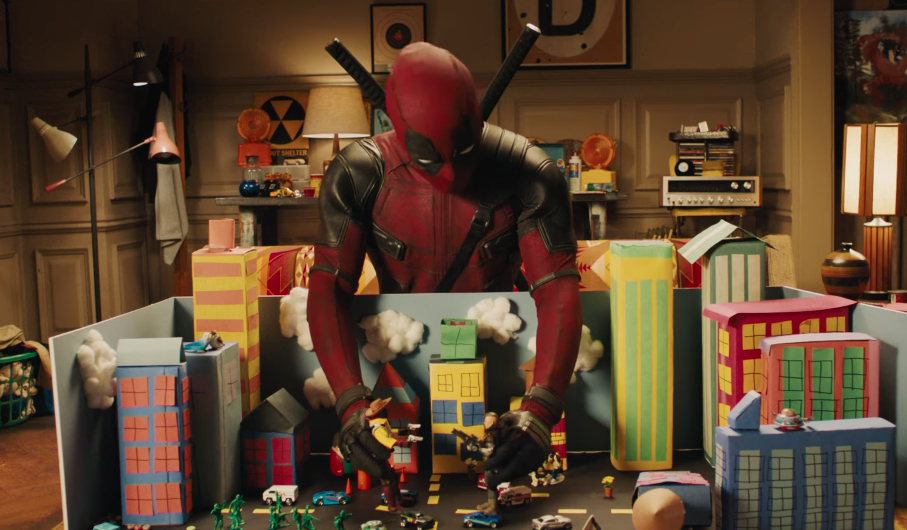 It’s here, it’s here, it’s finally here. After all kinds of teases, the full trailer for Deadpool 2 has arrived. It’s subtitle reads “Deadpool, Meet Cable” and it’s not messing around. The bulk of the trailer is dedicated to introducing audiences to the character of Cable, played by Josh Brolin.

You can check out the R-rated NSFW Deadpool 2 trailer right here, then join us after as we point out two neat ways they reference that other Marvel character Brolin is playing in a little movie that opens two weeks before this one does, Avengers: Infinity War.

So, we know Brolin is playing Thanos and has been for years. His contract for that job was already in place when he took on Cable for Deadpool 2. We also knew that this new Deadpool flick would have to address that somehow. After all, with all of its satirical undertones and fourth-wall-breaking comments on itself, there was no way they’d let this go unmentioned.

And already, there are two -surprisingly subtle- nods to Brolin’s work as Thanos in the MCU.

Along the way, the Deadpool 2 trailer also seems to slip in a jab about unfinished CGI which may, or may not, be a joke at Justice League‘s expense.

Everything is fair game when it comes to Deadpool, isn’t it? Nothing is sacred, and we wouldn’t have it any other way.