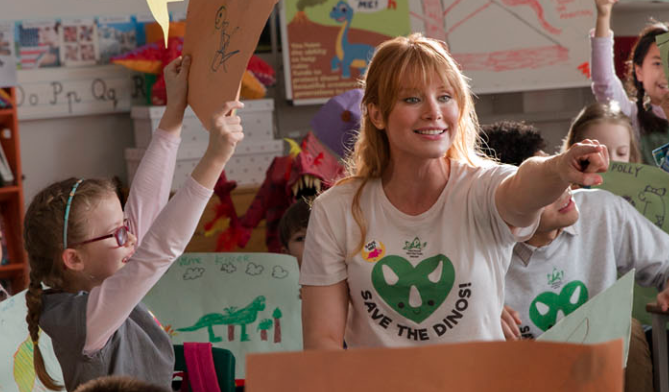 The site is for the Dinosaur Protection Group and has started putting bios up for various characters that will appear in the movie, notably for franchise newcomers Daniella Pineda – who plays Zia Rodriguez – and Justice Smith – who plays Franklin Webb.

“Zia Rodriguez trained in pre-veterinary medicine at Berkeley before the park incident put on hold her dream of accepting an internship at Jurassic World. Now Zia is one of DPG’s strongest advocates and our resident expert on dinosaur biology. Once the DPG fulfills its goal, she wishes to achieve her dream of mending our giant neighbors.”

“Having previously worked at Jurassic World as an IT technician, Franklin Webb now operates the DPG’s social media and online marketing campaigns. As his surname comically suggests, Franklin is an expert on all things to do with computers and the internet. This makes him an important asset to the DPG’s reach around the globe.”

The site also shows Bryce Dallas Howard’s Claire Dearing as the head of the DPG and the dormant volcano Mt. Sibo, the reason why the group is heading to the dino-infested Isla Nublar.

Needless to say, things will go awry and people will get eaten. Such as life in the world of Jurassic Park!

Previous post CONAN THE BARBARIAN To Get The GAME OF THRONES Treatment For Amazon!

Next post DC Has Released The Official Synopsis For SHAZAM! And It’s Perfect