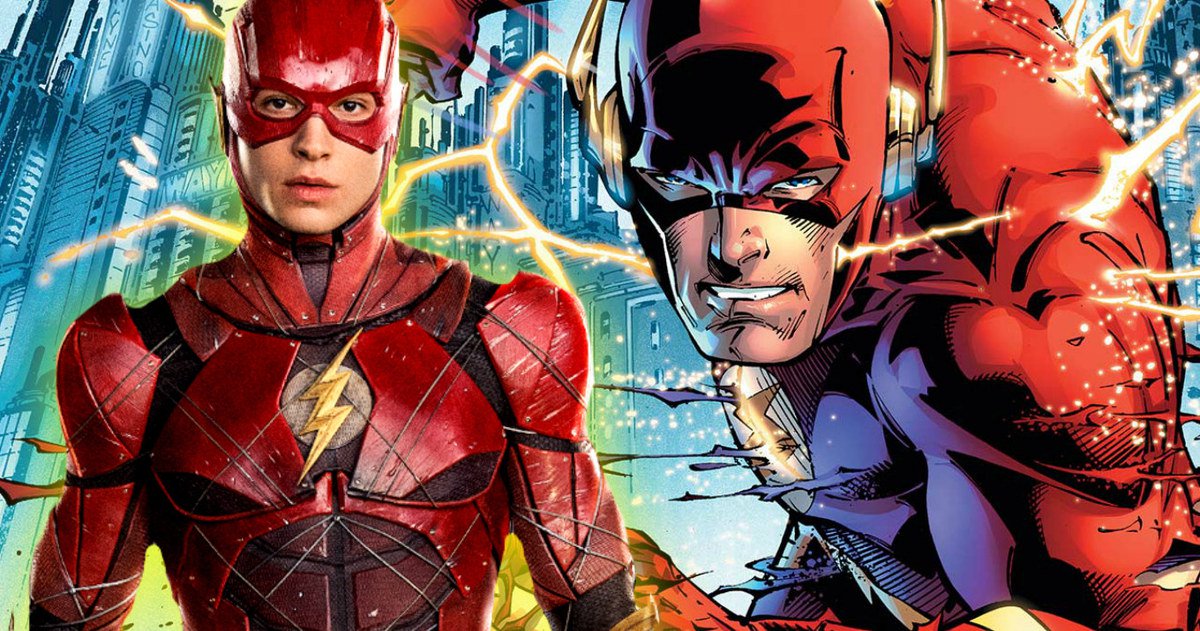 We Are Not Ready For A FLASHPOINT Movie

Flashpoint is one of the most shocking and game-changing events of the last 20 years. What makes it so dear to me is not only that it’s a DC story, but that it’s mainly a Flash story. The other day, I shared my love of this character with you, and today I’m going to take things a step further as I make the case for why WB shouldn’t race into Flashpoint movie.

In the comic book storyline, The Flash makes a decision that- without him even imagining it- changes history in a terrifying way and almost destroys all life on this planet as a result. It is such a powerful event, that its aftermath is the controversial- yet interesting- New 52 canon reboot. With all the love that I have expressed for The Flash and this chapter of his story, I have to sadly admit that my heart sank as soon as I heard that DC/WB are planning to bring the Flashpoint event to life as their slated Flash movie.

Why did my heart sink, you ask? Because we are not ready for it. As viewers and fans of these characters, but more importantly as moviegoers, it’s just way too soon to be going there. That’d be like doing the Death of Superman Arc in the second Superman movie! (Wait…) There are so many elements that are required to make this story work, that any attempt to make this script work without them will be a disservice to fans and to the fantastic source material that is unique to this tale. Allow to me illustrate my reasoning.

Let’s start with the one element that makes Flashpoint possible: Time travel. Traveling through time is one of the staples of The Flash mythos and Flashpoint is not possible without it. The drama that unravels in this story is born out of the Flash traveling through time to save his mother’s life. Saving her life results in the reshaping of history and the creation of a twisted, alternate reality. A reality in which World War 3 is in full effect as Aquaman’s and Wonder Woman’s armies are killing each other all over the world, and humans are considered collateral damage. Batman is an alcoholic that doesn’t hesitate to kill villains with his guns and doesn’t really care about the world coming to an end. This is just the tip of the iceberg, but put it in perspective: we just became acquainted with Aquaman, fell in love with Wonder Woman and accepted a new, kinder Batman in Justice League. Are audiences ready to see these new broken mirror reflections of these characters so soon? I find it unlikely.

Another fantastic staple of this Flash story is the character of the Reverse Flash, Professor Zoom. Is it smart to introduce this villain for the first time in Flashpoint? He is the most iconic Flash villain. A time traveler in his own right, he hates Barry Allen with everything he has and has made it his mission to make him suffer; but his presence in the book is that of an opportunistic spectator. My conclusion is derived from the fact that The Flash himself is the villain of the story, not the Reverse Flash. The Reverse Flash is simply going along for the ride and this is not the first appearance that the Reverse Flash deserves.

The only reason he works so well in the twist at the end of Flashpoint is because he is already a well established character. Why would they introduce such an iconic character for the first time, to then not truly use him to his full potential? That’d be like introducing a new cinematic Joker, played by an Academy Award-winning actor, but then basically relegating his screen time to an awkward elongated cameo! (Hmmm…) The Reverse Flash is also linked to the motivations of Barry’s decision to travel back in time, because by then he knows that it was the Reverse Flash that killed his mother. This revelation is a movie in-and-of itself!

One of the few Flash story bits shared with us in Justice League is that Barry’s father, Henry (Billy Crudup), is in prison for his mother’s murder. He believes his dad is innocent but can’t prove it. Those that know Flash history, know that Barry spends years trying to prove his father’s innocence, but to no avail until he discovers that it was the Reverse Flash that did her in. Knowing who he has to save her from is a key element to saving his mother’s life. All these elements must be explained in detail before Flashpoint can be considered a possibility or it needs to be considered common knowledge among moviegoers, which is a long shot. Flashpoint is a story that is most successful when these points don’t need to be explained, discussed or presented and they are simply tools available for development. This arc was built like a sequel or a final chapter within a saga. It works best as a finish line, not as the start of a race- and yet they want to make it the centerpiece of Flash’s first solo movie ever.

It seems to me that the idea to use this storyline is mostly based on its spectacular, attention-grabbing premise; Not because it’s the true place to start our “hero’s journey” for Barry Allen. If this assumption of mine has any validity; then DC/WB is missing the factor that makes this work so powerful. This is a personal journey where the hero processes grief, loss, the act of letting go and learns to move on. And as a fully-charged Flash fan, this is what worries me the most: A story with such heart, soul and potential being turned into an empty detour towards Michael Bay land would be truly tragic. Trivializing this incredible storyline would break the heart of this Flash fan, and so I’m adamantly against this.

It sounds harsh, but I would never lie to you guys. This is what I see happening and it scares me. There are plenty of other reasons that I can share with you to support my claim, but I think this is enough to start a great discussion about what DC/WB’s first The Flash movie should be. I have an idea for the perfect Flash movie. Let me know in the comments if you’re interested in finding out.

Previous post Coogler Gives Feige A Huge Endorsement As A Collaborator, And As Future X-MEN Architect