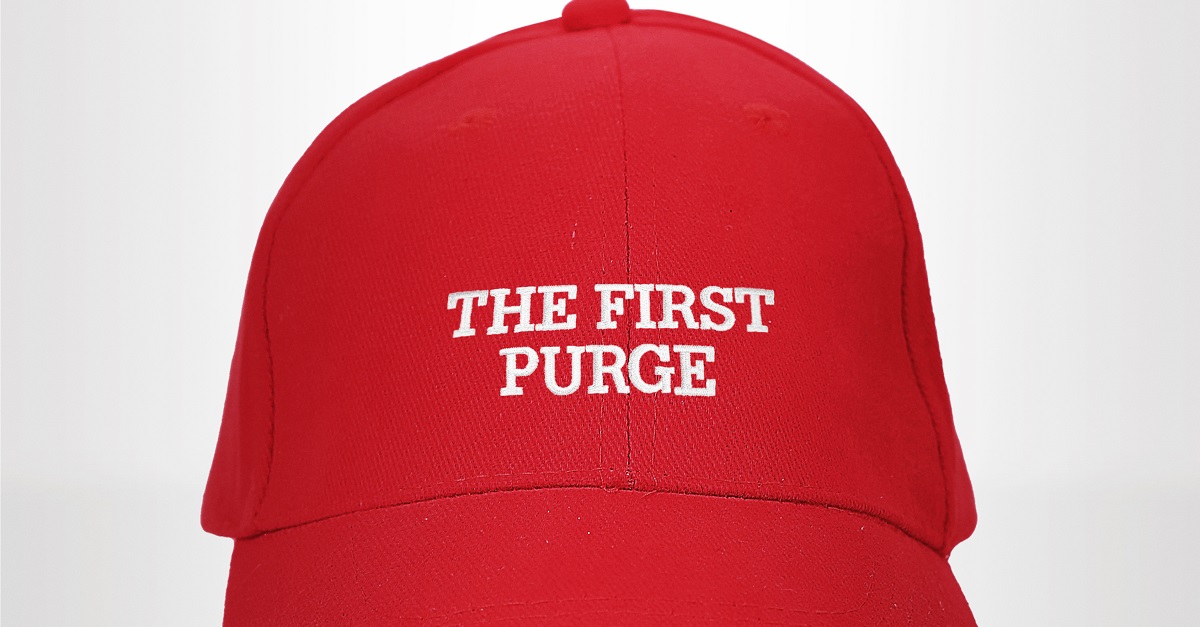 The Purge series has been going strong for a few years now, but it looks like the folks behind it just found a killer way to make the films as relevant as ever. See, there’s always been an element of social/political commentary to the horror franchise, wherein the premise finds us in a world where once a year the government completely shuts down for a day and civilians are allowed to do whatever they want. But with the latest installment, The First Purge, it looks like writer James DeMonaco wants to use our current political landscape as the backdrop that necessitated the creation of this brutal holiday.

That’s pretty dark. And it’s a pretty awesome conceit. Universal dropped this teaser for The First Purge last night, to coincide with President Donald Trump’s first State of The Union. You can check it right here:

Of note, this time around, is that DeMonaco has stepped away from the director’s chair. Up to this point, he’s been the writer and director of each installment. This time around, Gerard McMurray (Burning Sands) is directing The First Purge.