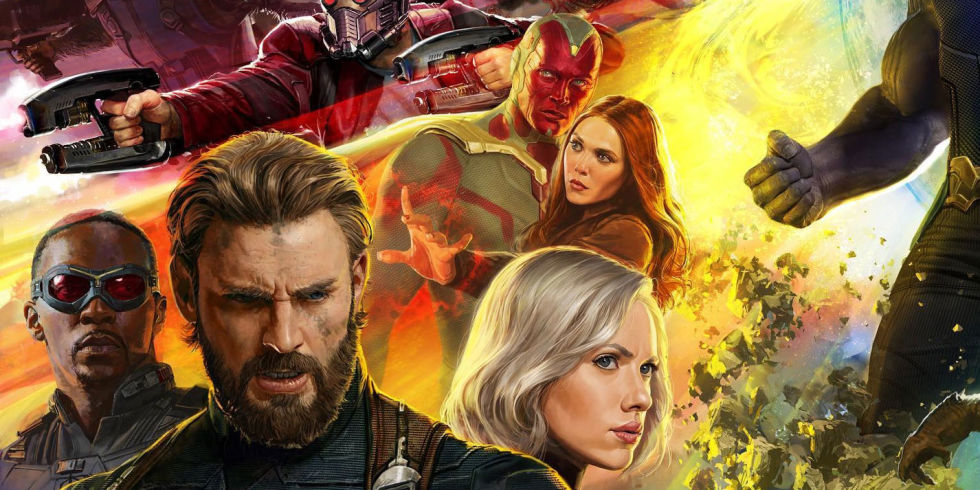 Ah, yes. “Superhero Fatigue.” That phrase has been lingering around every discussion regarding comic book movies these last few years. There’s always this sense that, as great as things are going right now, they could all go downhill if the public’s interest starts to wain due to over-saturation. It’s a concept that Marvel Studios head Kevin Feige is constantly asked about, since his Marvel Cinematic Universe has been dominating the Hollywood pipeline for a decade now.

For his part, Feige has always remained consistent. He’s always made it clear that it’s his desire for the MCU is to make each of the films so different from one another that despite them technically all falling under the Comic Book Genre, each film can stand on its own as a unique cinematic experience.

In his latest bout with the phrase “superhero fatigue,” Feige once again hit that point home. Here’s what he told Vulture on this subject:

“That’s the reason we make the movies we make and the way we make them. For years, predating the history of Marvel Studios itself, people asked me about superhero fatigue and if it was a fad or a phase. I say, if they’re all different, if they’re all special, nobody will get tired of these things before we at Marvel Studios will, since we live and breathe these things 24 hours a day. You make films like Thor: Ragnarok, like Homecoming, like Guardians of the Galaxy, certainly like [Black] Panther, and the upcoming Infinity War to keep it interesting and change it up. And we will continue to do that.”

One of the ways Feige aims to keep the films as fresh as possible is by only focusing on what’s directly ahead. While much has always been made about Marvel’s Phases, and how their slate always seems stacked with enough films to get them through the next five or six years, Feige says he only really concerns himself with what’s about to happen.

“I think about it through 2019, through the movies we’ve already shot or are about to start filming. I’m hoping to deliver on everything we’ve promised thus far.”

That likely makes the juggling act of it all very manageable, and it allows for each film to get the attention it needs in order for it to be able to stand on its own.

To his credit, Feige’s Marvel films have been steadily combating that feeling of sameness that was starting to plague the franchise. Many of the MCU’s critics were pointing out that the “Marvel Formula” was starting to get too predictable and too easy to detect. Then in 2017, they began pushing off in new directions with films that weren’t quite so cookie-cutter. James Gunn and Taika Waititi were allowed to make movies that are undeniably theirs with Guardians of The Galaxy Vol. 2 and Thor: Ragnarok, by all accounts Ryan Coogler’s Black Panther is a sumptuous feast for the heart and mind, and the upcoming Avengers: Infinity War looks to raise the stakes for the entire MCU in an intense, groundbreaking way devoid of the jokey tone that has hurt previous Marvel efforts.

What do you think? Is Marvel staying ahead of the curve? Are their films all different from one another or do they seem like the same product, only repackaged slightly as they come off the conveyor belt?

I’ve argued before that a lot of this chatter about “making each film a different genre within the superhero genre” is just lip service from Mr. Feige. I’ve brought it up on both of our podcasts (El Fanboy and The Revengers). In my eyes, the only superhero universe that’s actually been bold enough to explore films that are totally set in their own genres is Fox’s XCU (X-Men Cinematic Universe). Deadpool was wholly original and the first of its kind, Logan was a legit western, and New Mutants is going to be a a straight-up horror film.

For all of Feige’s talk about differentiating the films, it always falls short for me. Ant-Man was not “a heist film,” despite Feige selling it as one. Doctor Strange was not an intense, mind-bender despite its Inception-style trailers. In my eyes, Captain America: The Winter Soldier is one of the only MCU films that claimed to be a separate genre (“political thriller”) that actually succeeded in being a separate genre.

But enough about me. Tell me what you think about me. And this topic.

Previous post Don’t Count On Any X-MEN Teases In Either of The Next Two AVENGERS, Says Feige

Next post BLACK PANTHER Early Buzz Is Off The Charts, And The Box Office Looks To Be Unstoppable