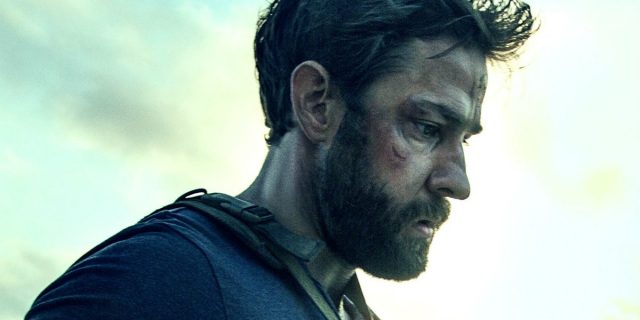 It must be an exciting time to be at the Krasinski-Blunt household. The husband and wife duo of John Krasinski and Emily Blunt have a lot to celebrate at the moment. Mere minutes ago, we reported that Blunt had been cast in the next big Disney adventure. Now we’ve got this epic trailer for Tom Clancy’s Jack Ryan to share with you.

The series has been in the works for quite some time, and it looks like Amazon is finally ready to unveil it to the world in a big way. The streaming service is paying big bucks to run a trailer for the series during the Super Bowl this Sunday. But you, you lucky duck, you get to see the Jack Ryan trailer right here and now!

Krasinksi, perhaps one of the most likable TV stars ever after his nine season run as Jim on NBC’s The Office, is joining a prestigious group of actors who can claim to have also played Jack Ryan. Alec Baldwin, Harrison Ford, Ben Affleck, and Chris Pine have all taken turns playing the character, which makes him something akin to America’s version of James Bond. Krasinski also flirted with becoming an action star several years ago when he was in the running to play Steve Rogers, aka Captain America, in the Marvel Cinematic Universe.

Tom Clancy’s Jack Ryan is set to premiere on Amazon Prime this August.

Next post Don’t Count On Any X-MEN Teases In Either of The Next Two AVENGERS, Says Feige