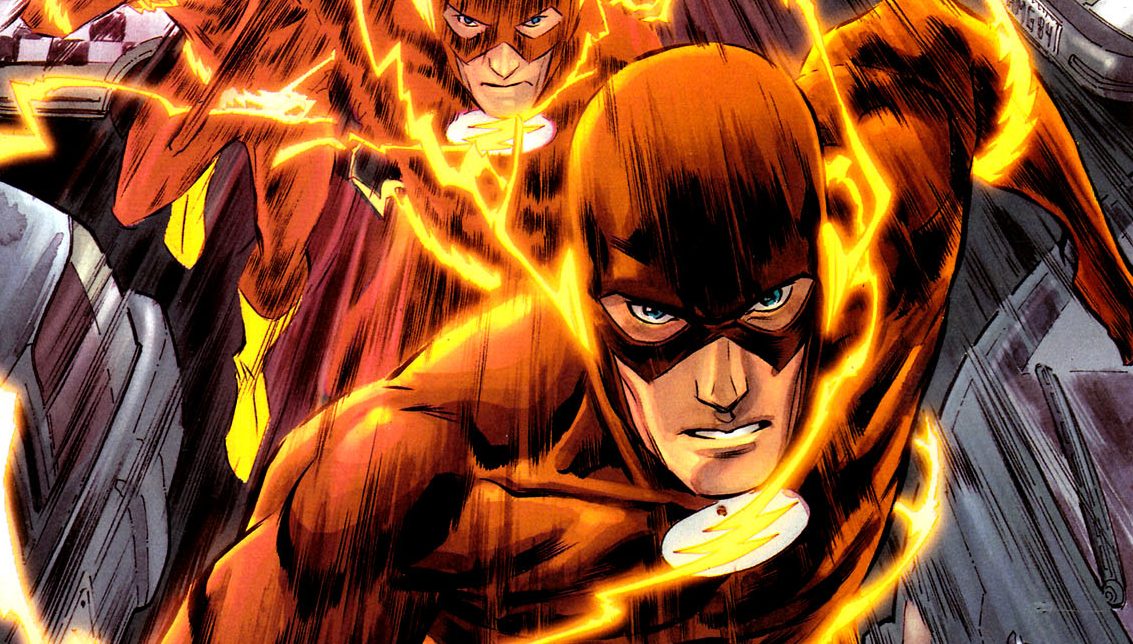 Struck by Lighting: The Moment I Started Running With The Flash

This story starts as most stories do, with our hero attempting to solve a mystery. At superspeed, The Flash races through his beloved Central City when suddenly an explosion occurs out of nowhere. A big, green light flashes in the sky as it sends out an electromagnetic pulse that knocks out all electrical hardware throughout the whole city, earth and sky. In response to this development, our hero rushes to save the people that were now hostages in their own cars that just stopped working out on the bridge he was crossing. But then he notices something falling from the sky. This object was about to collide with the bridge that held all the people he just saved. It was a plane.

Knowing the success rate of the feat he was about to attempt was unclear, he knew that the lives of everyone on the sky, earth and sea were in his hands. So, without hesitation, our hero runs towards the plane. In less than minute, he runs to the top of an eighteen-wheeler, vibrates his molecules at the right frequency as he jumps and phases into the plane, grabs two seats from the middle aisle and then proceeds to vibrate the molecules of the whole plane with all its occupants and phases the plane through the bridge until it lands safely in the water. Recognizing that his crazy stunt was successful, our hero faints out of satisfied exhaustion.

This is it. This is the moment that I was struck by lightning and started running with The Flash. What I love the most about this act of bravery is that its execution is unique to The Scarlet Speedster. No other hero could have save all these people quite like this.

The passion that we all feel for our favorite heroes and heroines starts with a moment like this. A moment that leaves us breathless, in a state of awe. We can remember the panels, we can remember the dialogue and describe it to the tiniest detail with fervor as we re-live it each time we share like if we were experiencing it for the first time. It is moments like these that draw us into the real magic behind these heroes: their stories, their struggles, their failures and triumphs. These stories influence our daily lives and that is why we fight for our heroes and heroines. That is why we write fan fiction, we start websites and blogs, buy tickets months in advance, read as many books we can get our hands on, read articles, listen to  things like The Revengers Podcast, watch trailers a million times before opening day and cry out whenever The Joker is treated as simple thug (sorry, Leto, but it’s true).

We love these characters and desire that others see them with the same eyes that we see them. Moments like these are where real fans, dare I say, Revengers are born. I am- and forever will be- a fan of The Flash first. His stories just speak to me.

I run with The Flash, who do you run with?

This piece is intended to be the first in a series. Written by us, and by YOU! We want to hear about these moments; The moments where your fandom of a particular character or property began. Share them with us! If you’re interested, hit the Contact tab at the top of the site. And if this piece spoke to you, be sure to Comment below!

3 thoughts on “Struck By Lightning: The Moment I Started Running With THE FLASH”

Next post Marvel’s ANT-MAN AND THE WASP Trailer #1 Is HERE!