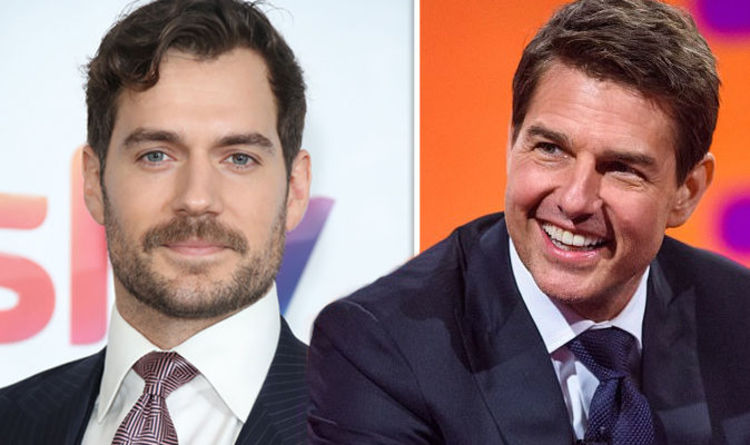 While Tom Cruise is constantly risking his life doing his own stunts, it’s nice to know that in-between he likes to have a little fun – even if at a fellow actor’s expense. As the franchise has progressed, notable actors have been added to round out Ethan Hunt’s team (and enemies!). Ving Rhames has been there since Day 1, but MI:3 saw the addition of the late Philip Seymour Hoffman as the villain of the J.J. Abrams directed sequel, and also Simon Pegg as techy Benji Dunn (a very welcome addition IMO) who has been a mainstay since. More recently, we’ve also seen Jeremy Renner, Alec Baldwin, and Rebecca Ferguson who returns from MI:5 Rogue Nation, among others. Now that his celebrity status has leveled up since playing Superman in DCU, Henry Cavill and the mustache that sank a thousand box office receipts has joined the crew in a mysterious role.

During an appearance on The Graham Norton Show, Cruise, Pegg, Ferguson and Cavill had a chance to chat about filming the movie and share some stories. Aside from Cruise sharing the actual footage of him breaking his ankle that put production on hold last year, a very funny bit came out regarding Cavill being trolled by his castmates while shooting a Parisian car chase. Pegg had this to say:

“It was me, Tom [Cruise], Sean Harris, Ving Rhames, and Henry [Cavill] … So, it’s a very cramped car, particularly with Ving and Henry who are both big guys and me in the middle bombing around Paris, and every time we finish the shot, we have to reset the shot, drive back to the start point so we can do it again.”

Pegg goes on to say that Cavill had had enough of sitting in the very crowded vehicle, so the Superman actor asked if he could get out and run back to the starting area. Well, instead of allowing him a peaceful jog, Cruise and Pegg proceeded to drive alongside him the entire way back, while singing John Williams’ iconic Superman theme.

Cruise, while chuckling, added, “he did the whole thing, the whole way right next to him.”  Cavill took it all in good stride though, “One of the coolest moments of my life is having Tom Cruise do that driving right next to you. You know you’ve made it.” Personally, I always love hearing fun stories like this from the set. When a cast gets to let loose a little, it usually shows in the final product, especially for a fun action-packed series like Mission: Impossible. Shooting a movie is a very intense, laborious experience so you need to find ways to keep your energy up and bond with your castmates.

Are you excited for the next entry in the franchise? Do you think Cavill’s character is an ally or enemy of Cruise’s Ethan Hunt? We’d love to see your thoughts below!

Previous post I WILL FIGHT YOU! Why IRON MAN 2 Is the Birth of The Modern Comic Book Movie – Road to Infinity War – PART 3