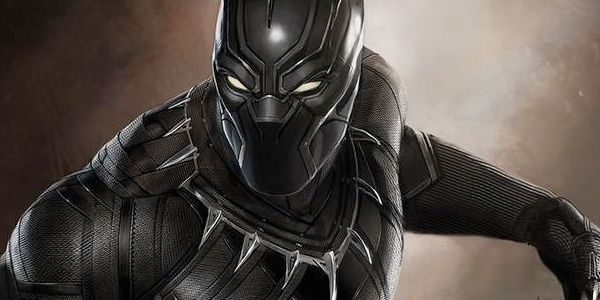 On February 16th, during black history month, one of Marvel’s most popular characters in the past two years, and an old character from the comics, comes to the big screen in his first solo film. Black Panther, starring Chadwick Boseman and directed by Ryan Coogler, already has fans burning with excitement after the appearance of the African superhero in Captain America: Civil War as the vengeful hunter of a reformed Bucky. We saw hints in that film of the direction Marvel was going with the character, having him turn from his rage to a more leveled and balanced persona. The MCU is treading on delicate ground that can become very successful, as we have seen with the equally delicate Wonder Woman film which received high praise in a time that society is accepting its flaws and correcting them. The pressure was undoubtedly on for Boseman and Coogler to create something special, something both knew they had to do. Comicbook reported that Boseman, the Black Panther himself, sat with a journalist during a set visit and spoke about what it was like working with a director with whom there was a shared vision:

“So we have very similar views about what things should be like. And the things that we usually have a difference of opinion about, it’s so minor what those differences are….”

“I think it’s more of a growth because there’s nobody battling you. We’re constantly building on each other, so it’s been a good marriage so far.”

With the string of superhero movies that have hit theaters, mostly from Marvel, there could be some feeling that we may have seen too many already, following the same film structure of guy with powers has a dilemma, some moments of introspection, then saves world. A pretty standard set up that has been working but could easily get old with the new flux of superhero movies coming but Coogler doesn’t think that will happen with Black Panther. Coogler spoke to Fandango at the set visit:

This means we can see some challenges that we have not seen before and some elements of the story that may have not fit as well in the previous Marvel films. In Logan we saw some of these depths of story and the result was a movie praised as one of the best comic book movies to date. That is a high bar to set and one I am not trying to place, but this is a special moment for the MCU and Boseman knows it and feels like it was long over due:

Black Panther will be pouncing on the screen in just a few weeks and from the positive feeling of cast and director involved, we are in store for something different and awesome February 16th.